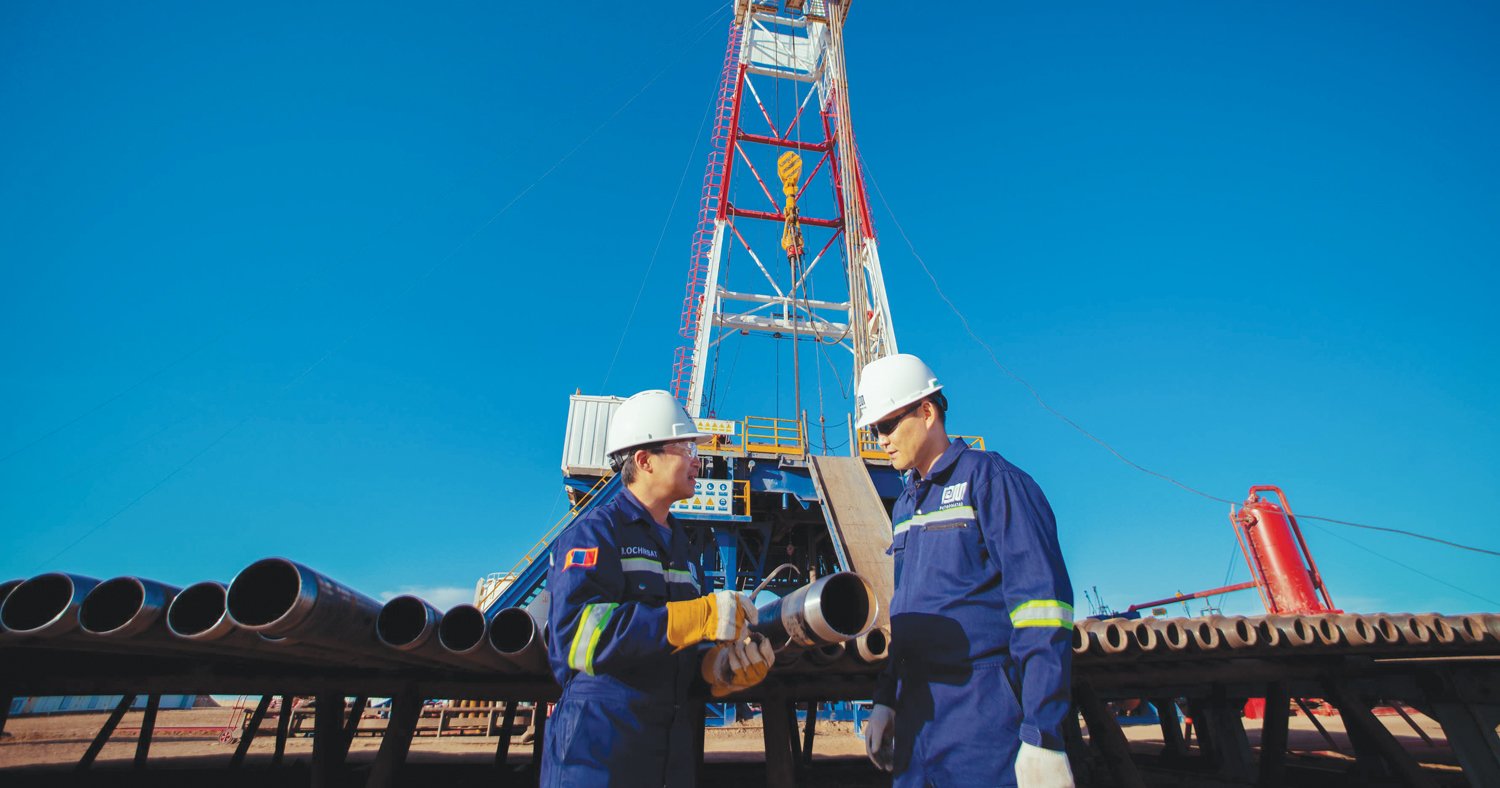 The Mongolian Mining Journal /May.2022/

Oil’s position is getting stronger despite the green transition. We thought that cheap oil would gradually work itself out of the global energy market through green policies, and decreased revenue for oil producers would follow. But the reverse is currently the case. Oil is regarded as a dirty fuel, and the enemy of nature due to its impact on climate change.  But now, its positioning looks very attractive. All countries are eager for oil. It is quite certain that only sufficient oil will ease global inflation. Major oil producers are now key global actors.

The EU’s determination to reverse dependence on Russian fossil fuels (oil, gas, and coal) is only exacerbating these circumstances. Currently, the EU is discussing its sixth package of economic sanctions against Russia. However, they are divided on whether a total embargo on oil will happen despite announcing the ‘RepowerEU’ plan to entirely cut Russian energy imports within five years. i.e. by 2027. This effort would cost over US$200 billion. So, the EU is looking for alternative suppliers while Russia is searching for new customers to replace its premium purchaser. That process brings difficulties for both parties and at the global level. In other words, the cheap fuel era would end, with high-priced fuel not just in the EU but across other regions. How EU and Russia handle that their own challenges will decide the global fuel market situation.

According to the EU’s announced REPowerEU plan, the green transition would happen faster, including the renewables share of the energy mix reaching 45 percent, instead of the earlier set 40 percent. The plan has many good goals but also some technical difficulties. Many think that European countries halting Russian energy imports would choose to go directly to renewables but, they, including the Baltic countries, are seeking alternatively sourced same fuels. That shows that the renewables era is still far away. Given reliability and construction periods, renewables are not as competitive as fossil fuels. At the same time, with the mineral commodity market rising, development cost are increasing dramatically. Critics also suggest that the renewables expansion process will lead the EU to depending on China in terms of commodity supply.

Despite the EU’s pioneering efforts in renewables development and innovation, they know that fossil fuels remain more reliable. So, fossil fuel ending in the EU is still far away as is the total renewables era. Nevertheless, the EU has already set a goal to become carbon neutral by mid  century with, during the interim, harder competition for LNG natural gas that will serve as a bridge fuel. Energy experts are expecting that in the coming winter, competition will be even harder among Asian and European customers given that the supply market is already tightening. European countries must fill their gas storage to 90 percent of their capacity before the end of this warm season. But achievement of this goal is still uncertain.
According to the plan, the EU will partner with the US, Canada, Norway, African and Gulf countries, and  Australia on LNG supply, so that Russian dependency is ended.  Meanwhile, the Russia confidently states that they will find alternative markets to replace European customers.

Now, as fossil fuel supplies are globally tightening, that sounds possible. But shifting market destinations cannot happen overnight.  Energy experts warn that Russian production could be reduced by 3 million barrels per day in the second half of the year while Russia has stated that starting from May, the production is recovering, and increased by 300 thousand bpd. But the major oil news website ‘oilprice.com’ has published that the country’s production is 830 thousand bpd lower than February, as of mid-May.

Russian oil supplies to India and China are increasingly getting bigger but, in the near term, it cannot get to the same size as the European share. The Rystad Energy organization has forecasted that by mid 2023, Russian oil production could recover if the country handles the sanctions challenge and domestic demand is also increased.

Excepting Norway, the EU’s dependency on energy imports was around 60 percent in 2020. Even if Russia is written off the list, EU would still be highly dependent on imported sources. It is doubtful that African and Gulf countries’ supplies will be as reliable and stable as Russia’s. Of course, the US, Canada, and other western countries’ supplies would be a more stable choice but also more expensive. US shale oil and Canadian oil sands production have much bigger emissions compared to conventional oil. The EU has already banned fracking, which is used in US shale oil production.  So, the EU is now going to encourage it indirectly by importing a huge amount of fossil fuels, produced with fracking technology in US shale basins. In 2020, the French trading company Engie was refused to purchase US LNG due to this fuel being considered ‘too dirty’. The EU may be set to compromise its green criteria.

Russia was considered small in terms of economic size but now its contribution to the global economy is starting to be assessed differently by experts because it is such a huge source of fuel and food. So, in the near term, Russia is making more profits than losses, while western countries face the energy crisis and inflation. This is somewhat like what happened in 1973 with the Arab-Israel conflict, when the US, supporting Israel, faced an oil export embargo from Gulf countries. Fuel prices skyrocketed in US and European markets and gasoline shortages followed. At the same time oil producers in the Middle East faced market share loses but earned more due to higher prices. Now not only oil but also natural gas and coal market could face the same situation.

Coal is the most-blamed commodity in terms of global warming. But coal is now getting more attractive thanks to the EU’s ban on Russian coal, starting in August. Without Russian coal, the EU will have more expensive alternatives. Coal prices have already started to increase, including a recent 42 percent price hike by Indonesia, the world’s largest exporter of thermal coal. Australian and US coal producers have explained that they probably cannot replace Russian coal supply to the EU. So, European coal usage is highly likely to be extended beyond the previous phase-out timetable.  That will undermine the EU’s ‘leadership status‘ in global green efforts.

Thus, in current times, it is extremely important that Mongolia keeps domestic fuel prices stable and builds enough stocks of fuel. At the same time, we should develop domestic oil processing plant and increase our oil reserve through strengthening exploration.