Much at stake in the upcoming OT negotiations 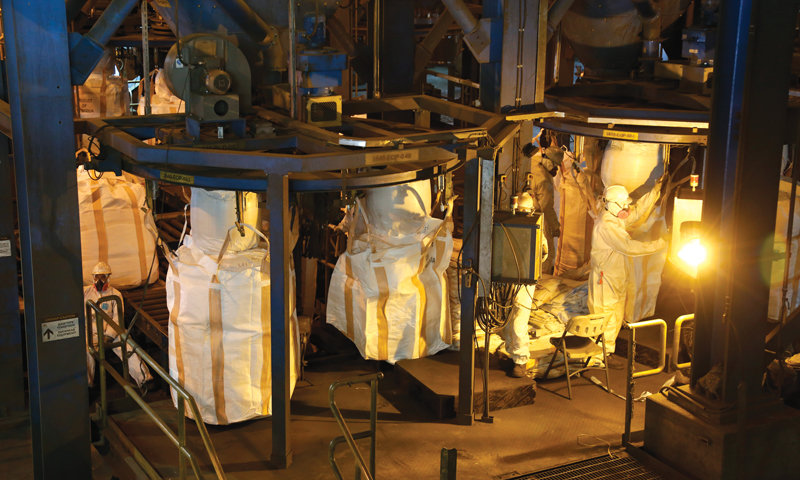 Oyu Tolgoi is at a turning point, with clear indications that conditions would be created to allow Mongolia to benefit more from the project. In a change of stance, Rio Tinto has announced that it is open to revise and modify the project agreement. While once the company’s then CEO, Jean Sebastien Jacques, insisted that any negotiation had to be only within the existing agreements, the present CEO, Jakob Stausholm, has expressed his readiness to make changes in them.
Rio Tinto’s flexibility could very well be due to the fact that the project becomes more attractive as it gets closer to the start of sustainable production at the underground mine. Extraction cost is relatively low, ore content is high, and as a green metal, copper is a prize asset for any diversified miner.

Until the talks between the government and Rio Tinto end -- and the negotiations could be protracted, given the stakes for both sides --  we cannot say just what benefits await Mongolia, but it is widely believed that both management fees and the interest rate on the government’s debts to the company would be reduced.  Currently, the government pays its 34 percent share of costs with debts taken from Rio Tinto with a repayment rate of LIBOR plus 6.5 percent. According to Erdenes Oyu Tolgoi, this works out to an average interest rate of 7.8 percent in the next 30 years. In contrast, when mining giant Glencore transferred ownership of its Mopani copper project to the Zambian government for $1.5 billion, the interest rate was fixed at LIBOR plus 3 percent.

Maybe things would go beyond interest rates and cover the way the quantum of loan is determined. The government stated in January 2021 that its OT-related debts would stand at $22 billion in 2051 at current calculation. Mongolia now pays interest at compound rates, and this practice must be abandoned if the country ever expects to get dividends normally due to a shareholder. Rio Tinto always talks about the need for a ‘win-win solution’ for both stakeholders, and maybe the anticipated talks would provide just that.

We should remember that the $22-billion debt likely in 2051 is guaranteed by Rio Tinto, and might not have to be repaid by the government, but that in turn would mean that no dividend would be coming to Mongolia.
There will be a stop to fresh debts if Mongolia opts to forgo its 34 percent ownership of the project in favour of special royalty payment. Since OT is a strategically important deposit, the Mineral Law lets the government set this rate at anywhere up to 5 percent. If the Government proposes this and Rio Tinto agrees, an additional $2-5 billion would accrue in the state budget until 2051, when the project life ends. This works out to $70-170 million per year. This is not to Rio Tinto’s advantage, so the company would accept it only for a quid pro quo.

Also, there is no consensus that the change would actually benefit Mongolia in the long run. Retaining the 34 percent ownership will be good if copper prices rise and stay high. According to projections made by OpenOil in 2016, Mongolia would then start to get dividends in 2035 and end up with a total of $2.4 billion.

Things have changed in the intervening years so these calculations are no longer valid, but the basic argument remains relevant. A positive market should bring in dividends to an owner that would match the size of the royalty if ownership is lost. If negotiations are held on this both the government and Rio Tinto would be faced with imponderables and indeterminate risks.
Initial estimates were that the project’s development costs would be recouped by 2030 but now this would happen only in 2035, if not even later. That would mean Oyu Tolgoi LLC would start paying corporate income tax late. The government says the company would pay the tax for only four years during the life of the mine and the amount would be $428 million, but this is at variance with what Turquoise Hill claims in its Oyu Tolgoi Technical Report 2020. According to this, the company would pay the tax for six years starting from 2037 and the total amount would be $870 million. Incidentally, the OT Technical Report 2016 and OpenOil’s OT financial model – both overtaken by events -- put the figure at $2.31 billion and $3.4 billion respectively. This shows how things have been getting worse for Mongolia.

This, of course, is mainly because the underground mine development cost has gone up by around $1.5 billion and start of work has been delayed by 21 months. Also to remember is that the feasibility study released by Turquoise Hill last July reduces the reserves in Oyu Tolgoi’s Hugo North area by 1.3 million tonnes of copper, 1 million oz of gold and 8.1 million oz of silver. The study is yet to be approved by the Mongolian government.

Even as it seems certain that existing agreements would be reviewed, it is not clear how any changes can be made in the Investment Agreement of 2009 which guarantees that most taxes, fees, and royalties would be kept the same, no matter how laws would change over the years. This is what determines Mongolia’s revenue from the project and annulling the Dubai agreement would not help.
Such uncertainty and fears for a company’s prospects would normally take its share prices down, but surprisingly – and maybe worryingly for Mongolia – shares of Turquoise Hill which owns 66 percent of OT, have been on a bull run. If one reason for this shareholder confidence is the expectation of rising copper prices, another must be a faith that the negotiations would not end in anything to the detriment of their interests. So maybe we shall have a win-win solution.

There is not much time left. Rio Tinto has said that sustainable production at the underground mine will begin in October 2022, setting Oyu Tolgoi on the way to achieving its full potential. Similarly, Turquoise Hill has said that caving operations would begin in June 2021. But this schedule would be effective only when the 2020 feasibility study is approved and all other matters, including changes in the present agreements, completed. Any delay would raise the cost of mine development and reduce revenue from production.

At the moment, iron ore accounts for 90 percent of Rio Tinto’s profits, but with copper being seen as the ‘future metal’, the company is in a hurry to develop its copper assets spread over the world, including Oyu Tolgoi. Mongolians believe Oyu Tolgoi would remain in active operation for 100 years, but for that, fresh and substantial investment would have to be made to develop fields beyond the present open pit and underground Hugo North, which, according to Turquoise Hill, would be exhausted in 2051.

That date is still one generation away. And this is the generation that will make Mongolia. We hope that when they negotiate both sides remember how serious the issues are and go about their work not in a spirit of confrontation but allow good sense and a spirit of collaboration to prevail. The government would need all its skills to persuade Rio Tinto of the logic behind its demands and the company would have to balance its commercial interests and equitability.