“Corruption must be kept out of our wealth fund”

B. Tugsbilegt finds out from N. Dorjdari, Manager of Natural Resource Governance Institute, Mongolia, why some wealth funds have been more successful than others, and what kind of fund is best suited for Mongolia. 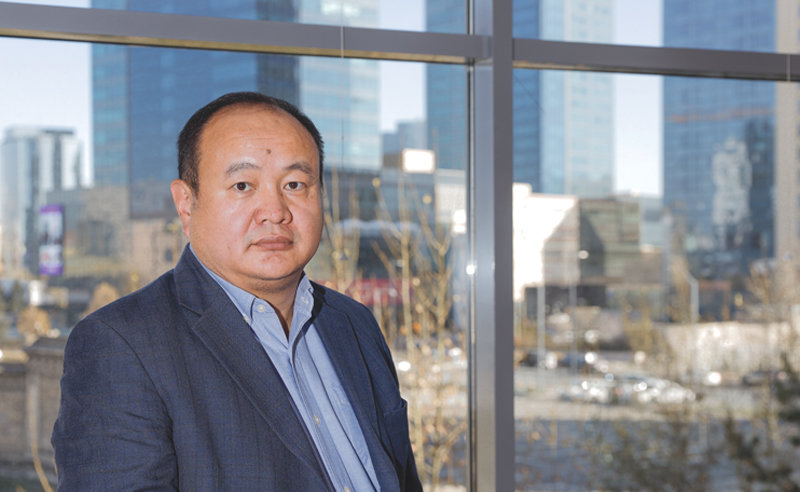 Do we need a wealth fund? Have we learnt enough from our experience with such funds to make a success of a new one?
First, let us be clear about how much money we are talking about. Our economic size is $13 billion, and 30 percent of this comes from the mining sector. We have less than MNT1 trillion in the Future Heritage Fund, and the draft budget for 2021 estimates that another MNT1.2 trillion would go there. If the average fresh accumulation in it is MNT1 trillion every year, in 2030 the fund will have MNT10 trillion or $3.5 billion at today’s rate.
Now the government wants another and a new wealth fund, made up with profits from operating strategically important deposits. What it means is that part of the revenue from mining will go into the proposed fund and the other part to the Future Heritage Fund. We do not know how the revenue would be shared, but if it is a 50:50 split, then the Future Heritage Fund and the new fund will each get an estimated $1.7 billion. Our organization, the Natural Resource Governance Institute (NRGI), carried out a study a few years ago, and found that 55 wealth funds spread across the world but all based on natural resource revenue, had a total asset of $4 trillion, which works out to an average holding of around $70 billion. Obviously, the larger the fund, the more useful it will be, and by that reckoning, our fund or funds will have a long way to go.

We must not forget that the government has external debts of $7 billion, on which the average yearly interest rate is 7 percent. As against this, savings in the Future Heritage Fund would yield at most 4 percent, the big difference making it illogical that we keep money in the wealth fund.

As Mongolia needs huge investments in domestic projects, it is attractive to think of using money from the proposed fund to invest in them. The return on such investments could be 10 percent or more, but can also be much less or nothing at all. Domestic investment looks more promising than external ones, but it also carries more risks. We are talking about public money and it is prudent not to take any risks with it, being content instead with a more assured 4 percent yield, as is likely with the exclusively foreign investments allowed to the Future Heritage Fund. But unless the interest rates on our external debts are brought down to 4 percent, the same as the expected yield from the Future Heritage Fund, we shall keep losing money, and the bigger the debt, the more will be our loss.

I agree that a 4 percent yield might be seen as too low, particularly when New Zealand’s wealth fund has earned 15 percent, but such high yields are rare, and it is safer to be more conservative. Anyway, right now, all this is theoretical as the Future Heritage Fund is yet to do anything other than building up a corpus in MNT. Also, it is still under the Finance Ministry, and will be so until 2025 under a recently passed amendment. This is of some concern as until such time as the Future Heritage Fund is an autonomous entity as a corporation, the Government would be free to use the money in it to help balance the budget or to meet any emergency. That would be very much against the spirit of the law that set up the fund.

As for your question, we have to see if what we earn from mining is enough for two strong and healthy funds. If it is not, then which one is to be kept? And the bigger issue is the relation between our debts and savings?

If money in the proposed fund is invested in domestic projects, will it cause overheating of the economy? Also, investment in mega projects does not always bring in good returns, maybe no returns for years. For example, many feel that the Tavan Tolgoi - Zuunbayan railway will not make a profit for many years, if ever. Erdenes Mongol says it is a good example of domestic investment and, yes, sometimes national interests override commercial profitability.
As the proposed fund will be under Erdenes Mongol, the major concern is if it would be managed successfully.

The company should improve its standard of governance and give an assurance that there would be no wilful misuse of money. Recently Erdenes Mongol got a new CEO but it was a purely political appointment, with no public advertisement and the company’s board was also in the dark. Such practices erode people’s trust and confidence.

Any investment, and not just domestic as this case, has to be carefully assessed for risks and likely returns. Erdenes Mongol projects have not always been profitable and corrupt and inefficient management was often a reason for this.
Money from the Future Heritage Fund can be invested only abroad, though the returns on them would be put into the domestic economy.
The risk here is that if the economy cannot absorb such huge amounts of money, there would be high inflation or inefficient projects.  But restricting the fund to the external market is a good way to increase exports and diversify the economy.

As I see it, a main difference between the Future Heritage Fund and the proposed fund is that while the purpose behind the former is to preserve present resource revenues for future generations, the latter would be used to make strategic investments. We certainly need such investments and they may turn out to be commercially sound, but they must not be restricted to mining or infrastructure related to it, as we have to diversify and shed our almost total reliance on mining. We cannot afford to lose everything if commodity prices fall. But of course it would be good if such investment leads to increased production of value added products. The main thing is not to take gambles or go for wilful wastage. In any case, there would not be too much in the proposed fund in the beginning, so investments can be made only in one or two projects and we should not expect spectacular returns so soon.
A wealth fund is not the only one source of domestic investment. The state budget is there, and so is the Development Bank. State owned companies can also raise money.

Oil or gas revenue based wealth funds are richer than mining based ones, even in the top copper producer, Chile…
That is true but what is to be noted is that both kinds of countries go for wealth funds for the same reason. Both oil and anything mined are exhaustible resources. The use of the fund may well vary according to the countries’ economic strength. In developed countries, wealth funds are rich but they play only a small role in their economies, but even a small wealth fund can have an oversized impact in a country with a small economy like Mongolia, especially in facilitating and speeding up economic diversification. For us, tourism or IT would be good sectors to prop up with fresh investment.

What we need first and foremost is a long-term and stable development policy that would remain intact even when power changes hands. There is a suspicion that the MPP wants the new fund because the Future Heritage Fund was a Democratic Party idea. The Norwegian wealth fund has been so successful and is so well regarded because the rival political parties there have always agreed on how to operate it. They have a consensus that no matter which party wins power, there will be no change in the basic rules under which the fund is run, and these are rules that limit political influence.
As for us, we have had the Human Development Fund and the Fund for Development of Mongolia. Unfortunately, these were not used for any development or long-term investment, but were used only for cash distribution, with an eye on the next election.

Is the Temasek model appropriate for us?
Temasek is a Singapore success story as that city-state has no public corruption. Both the proposed fund and the Future Heritage Fund can be similarly successful here if they are operated in a manner totally free of corruption, which also includes political interests getting the better of professionalism. When Singapore separated from Malaysia in 1965, the new country’s coffers were full. This was not squandered but the state treasury grew fuller. When Temasek was established in 1976, it was told to use this money in putting more cash into state owned companies and in improving their operations. As these companies started to perform better, the national currency grew stronger in the international market. It was then time to invest abroad, and for this Singapore set up the GIC (Government Investment Corporation) in 1981. Now, the central bank or the Monetary Authority of Singapore, Temasek and GIC work in tandem.

For historical reasons, Singapore had the necessary economic structure and adequate human resources, making it easier to operate its wealth fund. Over the years we have not paid enough attention to developing either of the two to feel at home in the global economy. It is a challenge for us to establish a public fund management system and then to run it competently.

Does not restricting the Future Heritage Fund to investing only abroad make it susceptible to global economic fluctuations?
It is believed that during the global financial crisis in 2009, the Norwegian wealth fund lost $100 billion. Their financial professionals are expected to recoup the loss and maybe they have done it already. Such risks will always be there. And, of course, there is corruption elsewhere also. We all know what happened in Malaysia.
Any investment, inside or outside Mongolia, has risks and also the potential to be successful. We need to make an informed and impartial assessment before taking every decision.

We talk only about the successful examples of Norway and Singapore, but what about wealth funds elsewhere? Have they of economic benefit?
We have to establish a wealth fund as it is a Constitutional mandate now, though its exact nature has been left unsaid. All we need is to add to the present law on the Future Heritage Fund the simple words, “This is our national wealth fund”. What exactly is equal sharing of natural resource revenue? Is it enough to give everybody an equal number of shares? There has to be a national consensus on what makes for this “equal and equitable share” of the wealth. To me, the main idea behind the wealth fund is conversion of non-renewable resources into a sustainable source of development by saving the revenue from mining in a fund, over which, in whatever form, there should be citizens’ control. When non-renewable mining resources are exhausted, the wealth fund and the infrastructure by then in place would sustain us. For that the wealth fund needs careful and competent nurturing, followed by good governance. Citizens have the responsibility to develop an understanding of economic matters that are of existential concern to them and to be informed and vigilant at all times so that they can demand responsibility from representatives of the state. It is said people get the government they deserve. By extension, Mongolians will get the wealth fund they deserve.