New mine design makes $10 billion of OT ore unextractable, at least for now 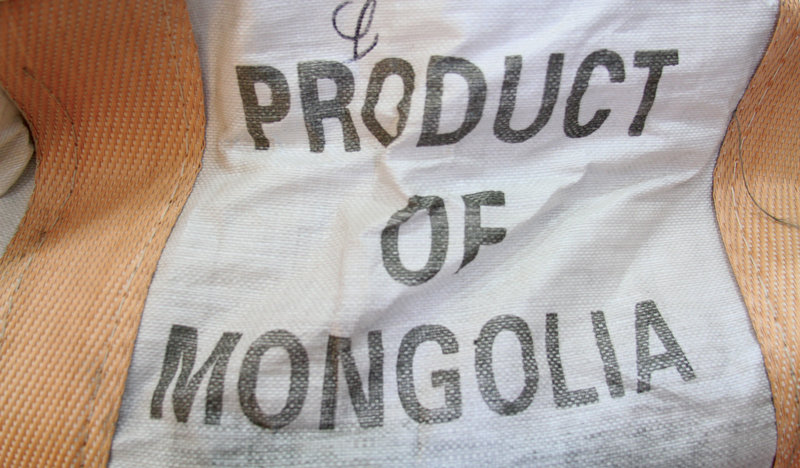 Extraction at the Oyu Tolgoi underground mine, shown as Hugo North in maps, is likely to start in 2023 but will end sooner than expected. This is because the updated Feasibility Study recently prepared by Turquoise Hill Resources puts the extractable ore reserve there – from which will finally come the copper, gold, and silver -- at 400 million tonnes, which is 47 million tonnes or 11 percent less than earlier estimated.
According to the Oyu Tolgoi 2020 feasibility study, the lower ore reserve would mean 1.3 million tonnes less copper, 1 million ounces less gold, and 8.1 million ounces less of silver. The total value of the “lost” reserves would be roughly $10 billion. This is almost the same as the Oyu Tolgoi project’s entire cost.  OT says the ore has to be left as it is in the interests of mine safety and long-term sustainable operation.

OT had to take this decision on the basis of the amended mine design for Hugo North Lift 1 Panel 0, which, somewhat paradoxically, has been described by  Arnaud Soirat, CEO of Rio Tinto Copper and Diamonds group, as ”another positive step in the development of the underground mine which will unlock the most valuable part of Oyu Tolgoi”. The new design includes two structural pillars within the mining area, to the north and south of Panel 0, to protect ore handling infrastructure. Since a part of the ore in these pillars might prove to be extractable at a later stage, it is for now shown as Mineral Resources and not Mineral Reserves, Turquoise Hill has explained.
There is no question that the pillars have to be there as the underground ore body has turned out to be too fragile and too easily collapsible, especially under the block caving method, but how does the new development affect the schedule of Mongolia beginning to receive dividends from the project? 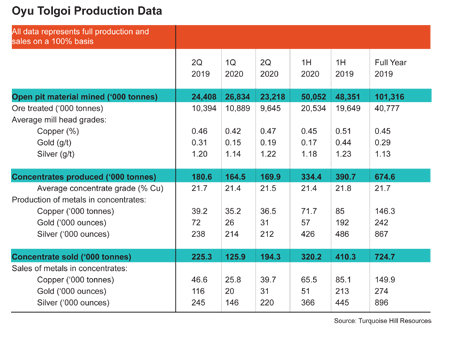 We have known for more than a year that start of underground production would be delayed and that the mine development cost would be considerably more than originally expected. According to the latest estimates released by Turquoise Hill in July the cost of the underground mine development is now expected to rise by between $1.3 billion and $1.8 billion, which is a bit less than earlier announced. Sustainable production would begin around February 2023. Both estimates are tentative and Turquoise Hill says the final date and figures would be ready later in the year.

Rio Tinto shareholders have not been happy with the delay and the cost rise, and media reports have also not been favourable in general. The present news of reduced reserves would also not be well received, unless the company can persuade critics of the imperatives of safety and sustainability.

Q2 production figures from the open pit mine show a 7% drop YoY in copper, which Turquoise Hill explains as the result of a maintenance programme. Gold output was 19 percent higher than in the first quarter but extraction in low-grade areas meant the gold content in the concentrate was 57 percent less YoY. However, the year’s gold production guidance has been revised to show an increase over the original estimate as extraction would move to a rich-content ore body section earlier than expected. This shows that while regulations enforced by the pandemic slowed down the underground mine development, open pit mine operations have not been impacted. Indeed, concentrate shipment and sales rose by 54.3 percent over the first quarter. Copper production guidance has been kept at the same level, but if gold output increases, there is a corresponding fall in copper extraction costs, so much so that the total open pit operational costs have been brought down from between $800 million and $850 million to between $780 million and $830 million.