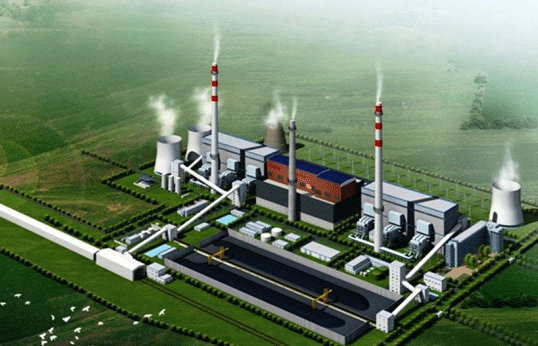 The first major mining-related headline since the ruling party’s return to power came on June 28 when Rio Tinto announced that the Government, Rio Tinto and Turquoise Hill Resources had reached an agreement on the preferred domestic power solution for Oyu Tolgoi that clears the way for the Government to fund and construct a power plant at Tavan Tolgoi. This renders infructuous the TTPP Power Source Framework Agreement signed in 2018. The parties have also agreed to conclude a power purchase agreement by next March. Construction will begin by July 1, but the target date for the commissioning of the plant has been pushed back a year to 2025, with no explanation for the delay.

The Government building the power plant will have ramifications, though the immediate and initial perception is that it would benefit both parties in the Oyu Tolgoi project. The foreign investors stand to save a considerable amount in construction costs at a time when they are saddled with delay and cost overrun in developing the underground mine. They are also assured of being able to meet their power needs from a domestic and reliable source.

For Mongolia, the biggest benefit would be that the dividends due to it as a shareholder in the OT project would now come earlier. If Rio Tinto were to build the plant, these would have been due only in 2060, but this can now be brought forward by 12 years, though 2048 is also a long time from now.

When the then Energy Minister, Ts. Davaasuren, announced on April 8 the courageous decision to build the plant,  the underlying message was that the government was now playing a more active role than before. The plant would have more generating capacity – 450 mw -- than the 300 mw envisaged in the Turquoise Hill Resources’ feasibility study, but its projected cost of $600 million would still be less than the $924 million that TRQ had offered. This means that the electricity from the plant would be 50 percent cheaper than suggested in the TRQ study. That would be a big savings for the OT project as its underground mine alone would need 250 mw. The bigger capacity also ensures reliable supply. The minister revealed that TRQ’s estimated cost of construction was substantially more than the global average.

The Minister said the Government had used the feasibility study prepared when M.Enkhsaikhan was Prime Minister, as part of the $17 million spent on a comprehensive study of the Tavantolgoi deposit. That study had put the cost of developing a 450-mw power plant at $1 billion. The Minister did not explain how the cost had now been brought down to $600 million, nor did he give a hint to where the money would come from. This is all the more a concern now with the steep drop in export revenue, and in any profit Erdenes Tavan Tolgoi would or could make in 2020.

At present, Oyu Tolgoi spends $170 million-$200 million per year on buying electricity from China. This money would remain in Mongolia once the new plant meets OT’s needs, and will become more when the underground mine starts working and buys power from the TT plant. These figures would become clear only when the Government and Rio Tinto finalise the commercial terms of a power purchase agreement.

Such agreements are often not easy to reach, but returning to power with a repeated landslide victory the Mongolian People’s Party is expected to take a stronger stand in these negotiations. Several observers have suggested that building the plant from which OT would have to source its power needs, according to the investment agreement, gives Mongolia a strategic advantage. Analysts at Canaccord Genuity, the largest independent investment dealer in Canada, have been reported as saying that Mongolia now holds a “valuable bargaining chip” in any dispute over how OT is developed.

Predicting trouble for Rio, these analysts have said, “While the elimination of a funding requirement on the order of $1 billion is positive, in a world awash with historically cheap capital we view this as a limited benefit relative to the negative strategic and operational implications. In addition, we are unclear as to what the impact on the mine’s operating costs will be as the government seeks to recoup a meaningful return on its investment.” 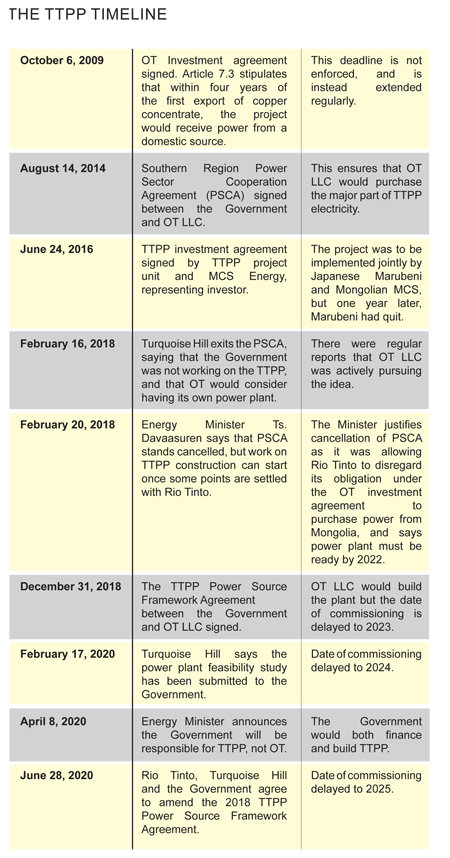