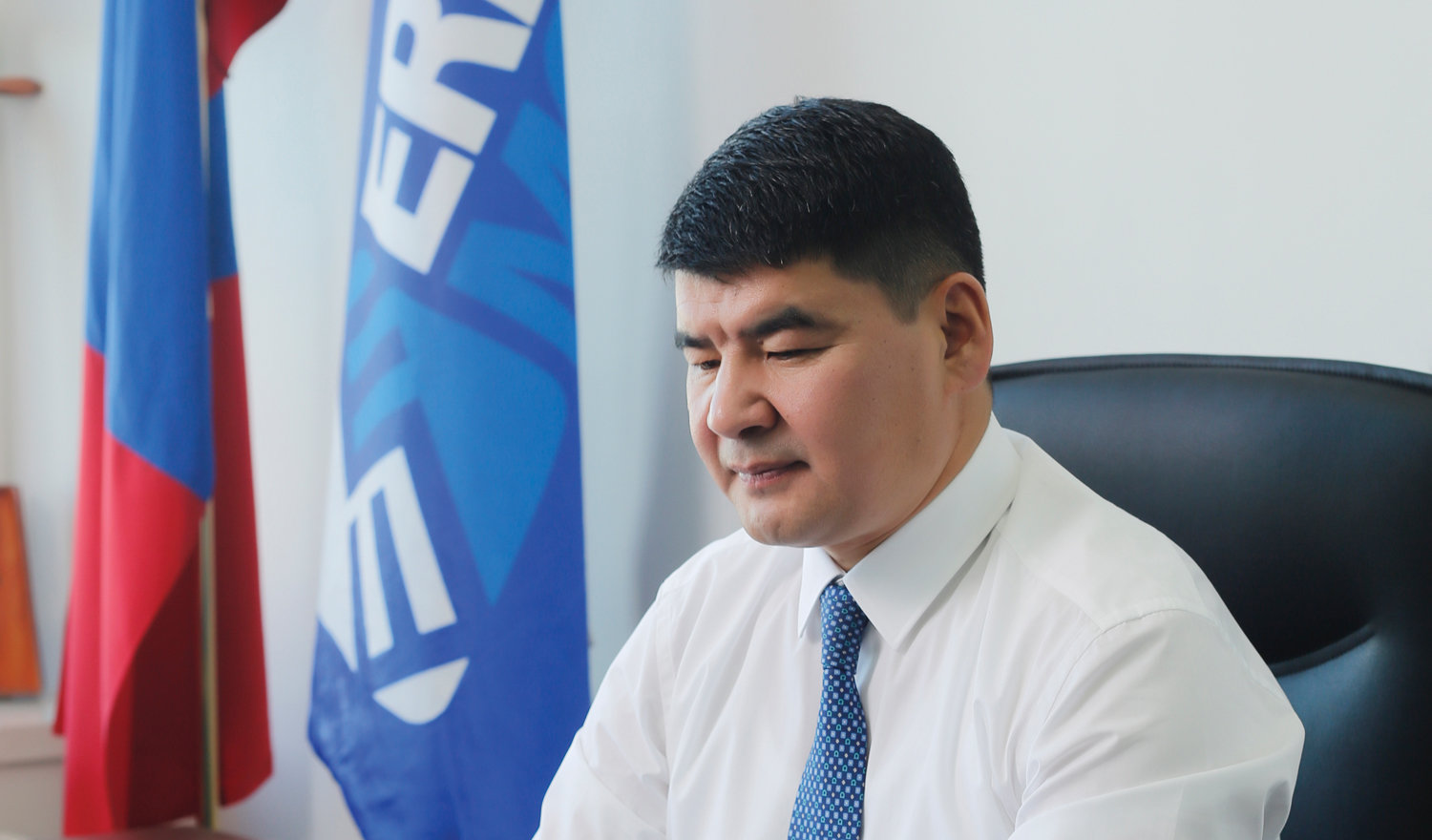 P. Gankhuu, CEO of Erdenes Mongol, tells G. Iderkhangai why it is right to keep the company directly under the Prime Minister and how the proposed mineral wealth fund, managed on purely professional principles, will work for the benefit of all Mongolian citizens. 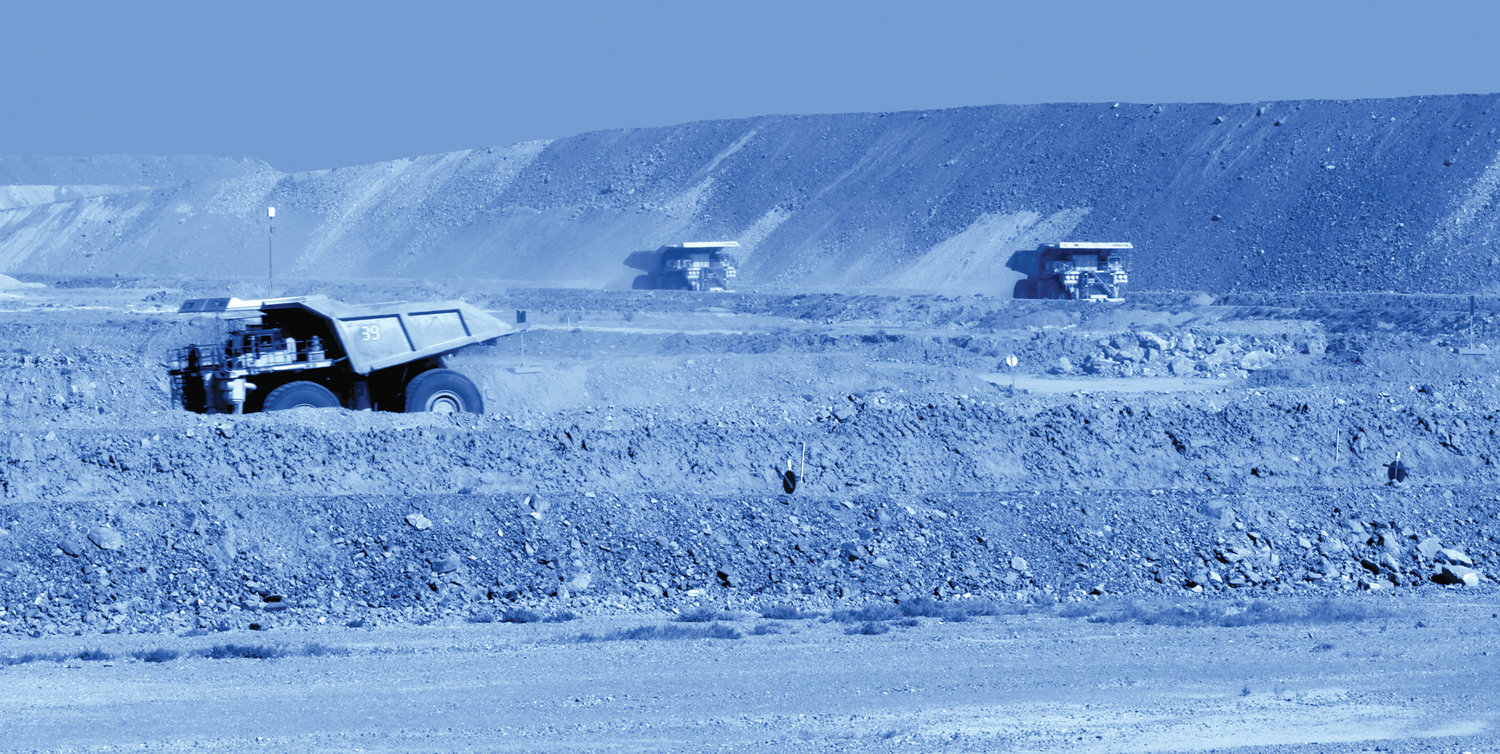 How do you see the future of projects which are joint ventures between the Government and the private sector?
Erdenes Shivee Energy and Beren Group have established a joint venture company called Erdenes Steel in Dornogobi aimag, with the two sides owning equal share.  The Development Bank is the financial guarantor for Erdenes Shivee Energy in the project, which plans to annually produce 300,000 tonnes of cast iron.

We shall need between $300 million and $400 million for mega projects on strategic deposits. Some energy projects have been under discussion for ten years or more but now their feasibility studies are ready. As we see it, 2021 would see significant expansion and diversification in the activities of Erdenes Mongol. We would have to set up separate units for our work in different areas like gold, iron ore and energy production, much as large foreign companies like Rio Tinto have.

We now have Erdenes Gold Resource LLC /Erdenes alt Resource/ and Erdenes Silver Resource LLC with licences over gold and silver deposits respectively. How will they work?
Erdenes Gold has been put in charge of setting up the proposed gold refinery, and Erdenes Silver will look after extraction and sales at the Asgat and Salkhit deposits. We have also founded a unit responsible for rare earth elements.

Is it the right decision to keep Erdenes Mongol under the direct management of the Cabinet Secretariat?
Mining projects concern not only Erdenes Mongol but also others like the Ministries of Finance, and of Environment and Tourism, and so it is right that we are under the direct control of the Prime Minister. To be successful, a project needs coordination between all relevant ministries.

The Government wants Erdenes Mongol to manage the mineral wealth fund. How do you plan to do this?
The proposed law specifies how the income earned from putting large deposits into economic circulation will be put into the fund, and also that a certain part of this income will be spent on large construction projects and some part will be shared equally by citizens. Our present economic situation does not allow us to have a sovereign fund like the one Norway has, but we hope to be eventually able to accumulate enough money in our fund to leave for the next generation.

There is a lot of expectation in the public mind, so the resources from the fund must be used it as a mechanism to reduce poverty, increase employment and raise the general standard of living, and develop infrastructure.
We have been studying the experience of foreign wealth funds and shall adapt their successful features to our own conditions. It is very important to have clear regulations on putting large strategic deposits into economic circulation and then on distributing the profits equally. Thanks to previous CEOs, Erdenes Mongol has a well-qualified workforce and of our around 80 employees, there are many specialized in corporate governance.

Will the draft specify how money will be spent?
First, ten percent will be earmarked for buying foreign securities that meet certain conditions; second, a certain percentage will be spent to help implement mega projects which require investment of more than 10 percent of our GDP, and this will be done through the Development Bank; third, another percentage will be spent on developing Oyutolgoi and Tavantolgoi. With such clear guidelines on how to spend the money, and also on the criteria to be followed in every case, there will be little chance to take decisions for political reasons.
The International Monetary Fund prepared a document in 2008, with specific suggestions on setting up and managing such a fund. I think the draft will incorporate many of the suggestions and follow the basic principles of the IMF document. That will ensure that the management of the fund is done professionally, without extraneous interference.

What are expected to be the main sources of the fund’s income?
The income will come only when the strategic deposits that we control are put into economic circulation. It is important to manage these deposits effectively. The income will come from two sources: royalty on extraction and profits from final sales.

What happens to the Heritage Fund?
That will continue to be there. The purpose of that fund is to save what goes into it, and to earn more by investing that money in attractive foreign financial instruments, whereas the wealth fund is meant to spend its money on development. In this, it will not be like the fund in Norway which is more like what we want the heritage fund to be. That is why the decision has been taken at the highest political level to gather all strategic deposits under Erdenes Mongol. The income from them will be used to fund infrastructure and other mega projects.

What was the reason behind the Government decision in June to transfer the licence of the Baganuur coal mine to Erdenes Mongol?
Erdenes Mongol is in a way the father company there as it owns 75 percent of Baganuur. It has not been possible to upgrade technology there because of financial constraints. Now that the mining licence has been transferred to us, this would be done.

You have been talking of strategic deposits, but the Government has handed over to Erdenes Mongol the mining licences at Asgat and Salkhit silver deposits, neither of which is listed as such. Why was this done?
The government directed us to work on them and our job is to follow orders.

Mining minister D. Sumyabazar has said that the Tavan Tolgoi licence would be transferred to Erdenes Mongol before issuing the IPO. But if there is no IPO, the licence will remain in the hands of the Ministry of Mining and Heavy Industry (MMHI). What is the reason for this?
The Government reasons that the IPO would be more successful if the deposit is not under the ownership of a company that has debts or runs at a loss.

You talked of Erdenes Mongol becoming a large and diversified group. Do you have the required human resources?
We have an ADB grant of $35 million to implement a project to improve capacity.  Work on it will begin soon, and we shall acquire software programmes for the purpose.  Some of the ADB money is to be used to hire consultants to suggest ways to improve the terms of the agreement on construction and development of the Oyu Tolgoi mine.

How much is Erdenes Mongol worth?
Ernst & Young has been producing our financial statements in recent years, but this year, we shall get four large foreign companies to do the work. Our own estimate is that we have assets worth $4.4 billion. Erdenes Tavantolgoi, which is fully owned by us, accounts for 65.5 percent of this.