The troika that runs Mongolia 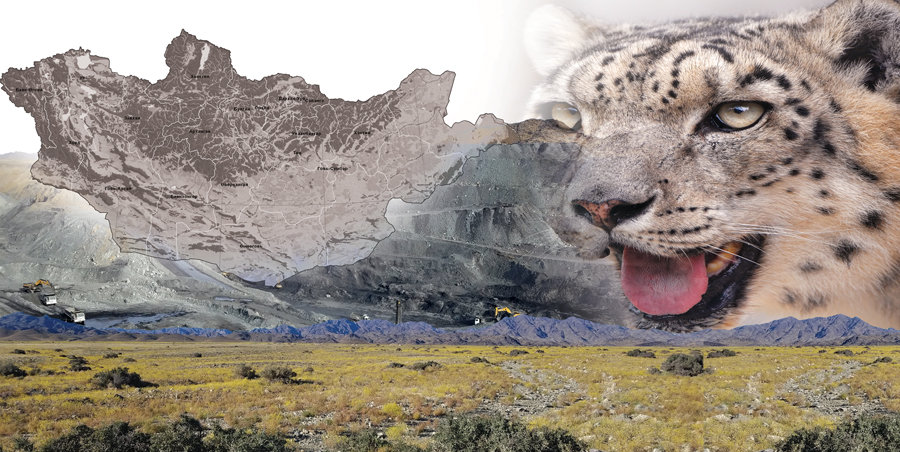 The President, Parliament, and the Prime Minister – these are three highest powers that run our country. Unfortunately, the troika do not always take their steps in unison, as, say, is seen from the way each wishes to leave their own mark on the mining sector, which is the mainstay of the national economy, and could do with some coordinated support. The referendum will show whether the people want our natural resources as something like the state’s public property. Similarly we could have a “state’s public plan” for the mining sector, if only the three supreme centres of state power agreed on what to do.

Elections are not far away and like all governments wishing to hold on to power, our present one under U.Khurelsukh has started showing off how brave, decisive and determined it can be. What the Prime Minister did on 13 August would surely win him the “Year’s shock worker” award, if there was one.  What did he do? Well, he showed us that he could do in one day about mining in the natural reserve area near Tost and the Toson Bumba mountains what state agencies had been sitting on for so long. He cancelled the licence of South Gobi Coal Trans, along with those of many others in Gurvantes soum in Southgobi aimag, warning that more such cancellation is likely to come. Not only coal, but gold mining licences were cancelled in Arkhangai aimag. Now the area near Mt. Noyon is to be taken as a Strictly Protected Area.

This way of showing his capacity for firmness has earned the Prime Minister general popular acclaim. When he met a team of businessmen at the end of August he admitted to them that some of the cancellations were “probably undeserved”, raising hopes of redress among the affected responsible miners, but there has been no signs of a re-think as yet, and those hopes are fading. When some worried investors asked MRPAM officials on the sidelines of Coal Mongolia what was going to happen all they got was some non-committal assurances. Maybe such question-and-answer sessions would be repeated at Discover Mongolia also.

This whole business has shown how very important a ‘social licence’ is to the mining sector. South Gobi Coal Trans was unpopular with local citizens who were against mining in the area because of their environmental concerns. Granted that issuing a licence without considering local sentiments and environmental vulnerabilities is not good, the original mistake was made by the government, and the companies had broken no law or terms. This is conveniently being overlooked by some politicians to gain public support. Also to note is that the government did not want to be seen as targeting one particular company and that is why it cancelled so many other licences also in Gurvantes, even though some of these were inactive. The government is justifying its action by claiming that these companies had already harmed the environment by some initial activity on their lands.

There is some hope that after things quieten down, MRPAM could return some of the cancelled licences. Back in 2016, Parliament marked as “protected” 896,500 hectares of land in the Toson Bumba mountain in Gurvantes soum, but 153,000 hectares of this were quietly kept out when the borders of the natural reserve were published in 2017. Maybe the government forgot where the snow leopards, which represent the health and sustainability of mountain ecosystems, lived or it just hoped they had moved to another area. Now it has suddenly remembered this and is claiming that the 153,000  hectares, where South Gobi Coal Trans had its licence, had never been shown as open to mining. And the remembering is done with a big ceremony. What makes things many times worse is that let alone owning up to a mistake the government itself had made in 2017, the politicians are seeing themselves as heroes. One can only feel sad that people are so easily and effectively duped into overlooking how incompetent the government had been and seeing the mining sector as ugly.

Some are worried that the “brave action” of the Prime Minister will go beyond domestic miners to scare foreign investors away. He himself is never tired of asserting that his fight is against “irresponsible” mining and that he will always welcome investment. Since the step has not hit big miners, coal export would not be impacted in a way to draw national attention. And the government has already discounted all talk about having to pay compensation for its wilful action by finding legal justification.

Article 56.1.5 of the Mineral Law does say that the administrative agency responsible for environmental issues can cancel a licence if the local government demands it on the ground that the licence owner is acting in a manner that harms the environment or is not doing proper reclamation or not following the environmental management plan. Interestingly, this bit was put into the law only on 2 May, 2019.  This might save our government but companies which started operations with big bank loans, will still have to pay these back. Inevitably banks will be saddled with more nonperforming loans and the mining sector will be blamed. Things look even worse for the former licence owners as, despite getting no compensation and left with loans to repay, they would be asked to do reclamation work on the land where they operated.
In the case of Khan Resources the government had to sell bonds to get the money to pay the compensation ordered by international arbitration.

Despite the humiliation, our official delegates put on a brave face at PDAC 2016, claiming the payment of compensation showed how careful Mongolia was to protect foreign investors’ interests. This time there is no arbitration and the unhappy domestic entities are mostly too small to trouble the government.

As the Prime Minister acts so “responsibly” against “irresponsible mining”, President Battulga is adhering to the ‘balancing’ principle in the mining sector. He shook hands with US President Trump and signed a strategic partnership agreement, then returned home to welcome Russian President Putin and they signed a comprehensive strategic partnership agreement without time limit. At the Eastern Economic Forum in Russia, he told Shinzo Abe, Prime Minister of Japan, how wonderful it would be if Japan would buy coking coal from us. And he wants not just to find new markets for our coal, but also to sell other things. Forever looking for balance, he can truly be titled the ‘balance’ President.

The President is not as skilled a speaker as his immediate predecessor, but he has certainly shown more skill at handling Putin. He persuaded Russia to allow Mongolia to set up a Trade Representative Office in Vladivostok, and people have noted how certain recent decisions of Putin are likely to benefit Mongolia.

The government is to begin construction of the 414.6-km Tavantolgoi–Zuunbayan railway with the sales profit ETT earned in 2018. If the disagreement with Russia over the 100-billion-ruble (about $1.56 billion) loan is resolved, railway infrastructure development will get a big boost. During the Presidential election campaign in 2017, Battulga said if he had been allocated enough money, he would have definitely completed the TT-GS railway. Against this, the government is believed to be planning to raise money for the railway through prepayment for coal sales. Apparently it does not wish to remember the sad story of the Chalco debt. In any case, the President’s mind is set on railway projects in two directions.

The President’s efforts to make our exports and foreign trade balanced are misunderstood and misread by some who see him acting at Putin’s behest. Time will tell. One problem for him is that his present term will most certainly not see coal export through Russia to third markets, so he has to win another term to see his dream come true. The catch is that all his efforts will be wasted if coking coal prices fall.

What about the last partner of the troika, our Parliament? Its reputation has hit the floor but its members appear to have accepted the challenge of restoring its primacy. The ruling party won a strong majority in 2016 but might find things less easy next year. Parliament now has two priorities: amendments to the Constitution and changing the Dubai agreement on OT. The ruling MPP wants the Constitution to define natural resources as the “State’s public property”, which is actually a rather indefinite definition.  Similar terms such as “State public related property” and “State property for public use” are already there in the 1996 State and local property law. Maybe the MPP just wanted to use a shorter term in the Constitution, but please don’t be surprised if another set of MPs are elected next year, and none of them can explain what the term means.

Amendments to the Constitution will now be subject to a referendum, and if they are rejected, all efforts by Parliament would be in vain. That leaves only one issue on which MPs can leave a mark, the Dubai agreement which they are seeking to modify, if not entirely cancel. The IMF bailout programme is still running and since a substantial amount of money is yet to come, Parliament would be unwise to cancel the agreement, because the IMF consistently sees investment on OT expansion as bringing in big benefits to the country’s economy.

The economy has also benefited from high commodity prices. Since this has happened when the MPP is in power, the party has been claiming that its policies and efforts are responsible for the economic growth. Now that copper prices have fallen by 8 percent or is $500 per tonne less than what was calculated in the 2019 state budget and seaborne coking coal prices have also started to fall, these “policies and efforts” might face a closer scrutiny soon.

As the election comes closer, the MPs will decide that their only priority is to win again. “Forget Oyu Tolgoi, forget amendments to the Constitution, but don’t forget that I must win again.”