The economy gains pace, but the road ahead is not smooth 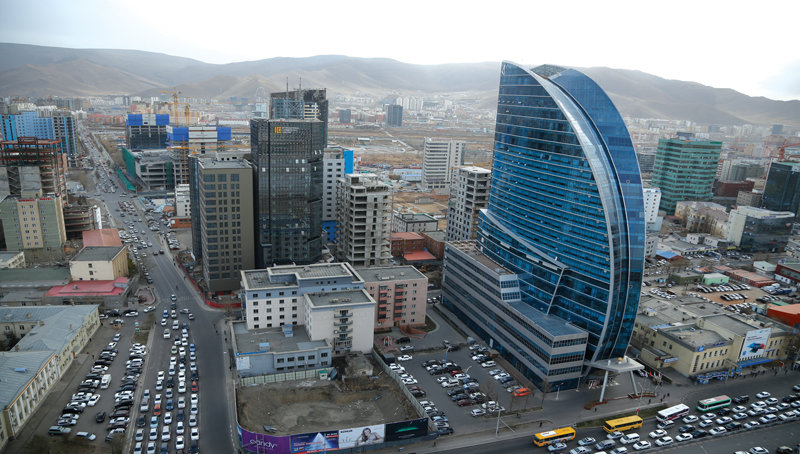 Propped up by the IMF bailout programme, the economy seems stable on its feet. Just one year is left before the programme is wrapped up, and we are already ready to say ‘Bye Bye Stand-By’, as MMJ did in its September 2010 issue, when the previous bailout programme was about to end. Thanks to the programme, forex reserves should increase dramatically, growth should be stabilised at between 6 and 8 percent, debts should be reduced and fiscal discipline should be an accepted way of life. However, the tranche of money following the IMF’s sixth review is still awaited, as some work remains to be done in regard to checking banks’ capitalization and its sources. That money should have come four months ago but politics intervened.

With mineral commodities in a growth cycle, policymakers felt emboldened to make a ‘strike’. Good times do encourage conflicts which are wisely avoided when things go badly. But too much politics can easily offset the positives from the growth cycle. This could be what is in store for us as the election gets nearer. Actually, the election campaign would start, even if unofficially, early in 2020, and with the two big parties going at each other with hammer and tongs, the din would possibly drown all the celebratory murmurs of the IMF programme’s ‘closing ceremony’.

One ‘failure’ of the programme can be said to be that it has not chipped away at the preeminence of the mining sector in the economy. With exports surging and prices skyrocketing, mineral revenue has been contributing far more to the economy than forecast by the IMF. That is no bad thing, though economists, experts, and donor organizations warn that mineral revenue is too dependent on factors beyond Mongolia’s control to be a stable pillar of the economy. The government sees the need for diversification but has not been able to do much in that direction. Take the case of the SMEs support fund. We would never know how much diversification of the economy would have been possible with that money, as some robbers managed to empty the chest when it was on its way. It is now known that the robbers were some members of Parliament. Undeterred by the bad publicity, some other MPs are busy working on ways to revive the SMEs fund.

Is the economy truly out of crisis, or are we celebrating prematurely? Even the bulge in the forex kitty and the rise in banks’ assets should not blind us to the fact that bigger loans are on the way. Things could get worse if the mining growth stumbles. Credit rating agency Moody’s recently said, “Mongolia’s GDP will moderate over this year and next, given the economy’s high dependence on commodity exports to China— in particular, copper and coal — and China’s moves to reduce coal consumption. Uncertainties as to the pace of investment in large mining projects and potential pressures on global commodity prices present further challenges.”

The market situation is to be seen in tandem with the volatility in domestic politics. Moody’s has stressed that stability in the domestic political environment is important but warned that “two key factors could shape the broader credit profile: the ruling party’s commitment to pursuing policies under the IMF program, and its approach to foreign investment in large mining projects.”

There is no prize for guessing that this is a reference to the Oyu Tolgoi project. The much-awaited discussion on the conclusions drawn by the working group on reviewing the OT investment agreement could not be held as the debate on a draft Constitution amendment law was given priority. The working group has called for the cancellation of the so-called Dubai agreement on the Oyu Tolgoi Underground Mine Development and Finacing Plan. Oyu Tolgoi LLC has ruled out any amendment to the agreement. No new big project is in sight, Tsagaansuvarga is stuck, and if Oyu Tolgoi is crippled, what remains? We have to remember that “sometimes a solution could be worse than the problem”. The OT expansion commissioning schedule is already delayed, and if the pot is further stirred, it will badly impact the economy. Not to forget that Speaker G.Zandanshatar has announced that the Tavan Tolgoi IPO could be delayed, so all the money it was expected to bring in this year  now might not be there.

Thus, the prospects of the country’s economic growth are bright, but at the same time the size of the external debt keeps getting bigger. The debt-to-GDP ratio is becoming healthier but seen in terms of real value, it is another story. Hong Kong based CEIC Data says the ratio is coming down. Mongolia’s total external debt is now 220.7 percent of GDP as against the 240.5 percent in 2017. On the other hand, the central bank puts the country’s total external debt at $29.5 billion at the end of the first quarter of this year, an unprecedented amount according to CEIC Data. 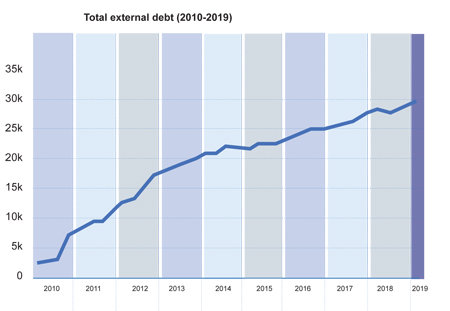 It is true that debt will be a lower percentage of GDP, as the latter is expected to grow constantly and rapidly, but GDP does not give us the cash with which to repay loans, nor can it fully define our ability to settle debts.

E.Odjargal’s article in this issue explains new trends in the global economy which presage a new wave. Unfortunately, our policy makers appear oblivious of all this, busy as they are with playing the same old game of “blaming them”, even as there is no progress on big projects.

The economy grew at 8.6 percent in the first quarter, higher than expected. The Finance Ministry expects the annual growth to be 8 percent. Exports grew by 13 percent in the first five months of the year, mainly because of a surge in mineral exports, especially of coal and gold. But that and the fact that mineral prices are better cannot hide the fact that nothing much tangible has been done by the government.

Important issues that should be taken up immediately include reduction of external debt pressure, more efficient budgetary spending, making the general economy less reliant on mining, and putting the pension fund in order. The Finance Ministry is projecting substantial increases in state revenue in the coming years, with no corresponding rise in expenditure, except in 2020, an election year. But such projections can be actualised only if the big projects run smoothly, and mineral prices remain high.

Considering that in 2016 GDP growth was just 1.2 percent, our economy today is certainly doing well. But the situation is still far from ideal, or even normal. Next year the IMF programme would be over and the new government would work without IMF advice. Its main responsibility will be to settle big debts and attract foreign investment. Now in its last months, the current government has no time to relax, as it must hold on to the recent gains.