Will the Constitution be amended again? 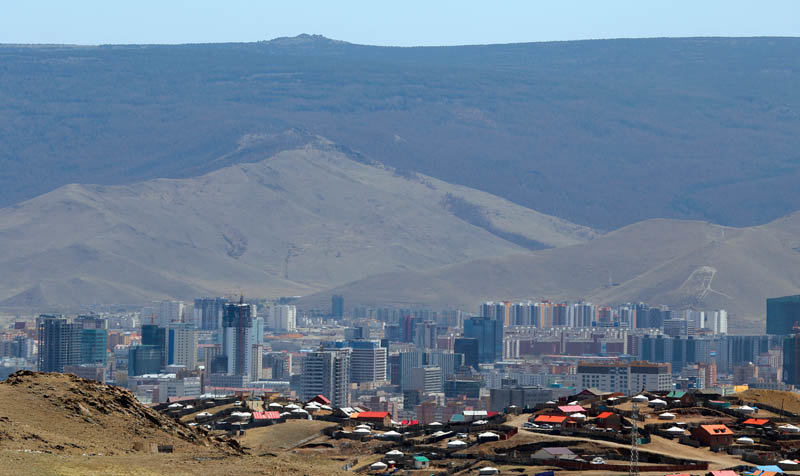 On May 24, 2021, U.Khurelsukh (MPP), S. Erdene (DP) and D. Enkhbat (National Labour Party), candidates for the 8th Presidential Election of Mongolia, received their certification from the General Election Committee and officially started their election campaigns.
This election has several interesting features. First, according to the Election Law revised under the amended Constitution, the candidates will promote themselves to the public for only 14 days and stop the campaigning on the day prior to voting day (06.09). Never has such a short campaign taken place in Mongolia’s history. The previous shortest campaign, which was carried out within 15 days, took place in 1993. Of course, this period is too short for candidates who are not well-known and accepted in society, who have limited team support and financial resources. I think that it is clearly seen for whom the current Election Law is aimed at.

Secondly, it will be difficult for the candidates to visit all 21 aimags, 330 soums and 9 districts of the capital city to attend rallies and meet with voters, due to the unprecedented threat from COVID-19. For each visit, a lot of money will be spent. In Mongolia, there are many examples that the one who spent the most and organized an extensive campaign wins in the election. Competing with U. Khurelsukh, Chairman of the ruling party with a majority of seats in Parliament, and holding authority over all apparatus of government as well as a huge media network under strong legal “pressure” in relation to slander laws, is like fighting a lion with bare hands.

The reason is that the MPP candidate has been planning for the Presidential Election and has united the MPRP, a like-minded left-wing party, into its rank on the party’s 100th anniversary. With this, it has gained their members’ votes. Challenging this party is S. Erdene, the DP candidate. With the party internally divided behind two candidates, Mr. Erdene won the court challenge and the ticket. The third candidate is D. Enkhbat, a former MP and the founder of Datacom, who made a last-minute decision to participate in the election and has entered this uneven battle. Neither candidates are the chairman of their parties, but they are confident that they will win with the support of their parties and their newly elected young chairman (M.Tulgat, Chairman of the DP and T. Dorjkhand, Chairman of the NLP). Although they have less power, their victory and loss will be resolved based on their election tactics to sway the psychology of citizens.

Under the recent constitutional amendment, the winning candidate will exercise his/her presidential power for a single six-year term. As the term cannot be extended and the president is unable to seek reelection, this will be a challenging election and a “life-and-death” struggle. Interesting will be how the elected president distributes the benefits from natural resources to citizens? Recently, U.Khurelsukh, the Chairman of the MPP, rejected the amendment to the Constitution which had already been ratified stating that “the natural resources are the property of the citizens”; a concept promoted by the MPRP for many years. In doing so, through their “agitators”, they seek to inform Mongolians that a new Supreme Constitution of the Republic of Mongolia will be ratified. This is a potential warning that a coming Constitutional change concentrating power in the head of state moves the country resolutely towards presidential governance. It appears there is an intention emerging to build a new social model by dipping their hands in the constitution again.

U. Khurelsukh, a presidential candidate, promoted an election motto “The Mongolian-Owners of their Wealth.” Again, he highlighted that he will continue the nationalization of the lost state-owned enterprises and mineral deposits, when he received the candidate’s certificate. It is clear where his policy will go. He noted that when he was the Prime Minister, he revoked 928 licenses and nationalized natural resources of size equal to the territory of the Uvs aimag. His platform states that “The large mining deposits will be put into economic circulation in accordance with national interests. The policy will be on processing resources such as gold, copper, iron, coal, oil and rare earth elements, producing final products and moving from mining to processing.” During the opening ceremony of the election campaign, L.Oyun-Erdene, the Prime Minister, praised U. khurelsukh as the person who made mining, political, legal and called cross-party  groups to unite and turn the wind of justice around. Although large mining infrastructure projects moved forward when U. Khurelsukh was head of the Cabinet, this was done with the support of National Security Council (NSC), acting hand in hand.

Presidential candidate D. Enkhbat appeals for Mongolia to develop like Finland in a short period of time. He warns that if Mongolia moves slowly or falls back, there is a risk to become like Uganda. He pointed out that Uganda which exports its gold, banana and coffee, has sunk into poverty, disease, and corruption.   His main philosophy is to support economic policy based not on populism, but technology. He promoted a softer and forward-looking policy on the mining sector. His platform states: “To support the introduction of progressive technology for organizing mining exploration, extraction, reclamation and transportation in a healthy and eco-friendly way through policy and support the policy on reducing carbon emissions in production and consumption.”  It seems that he will move policy towards ecology.
It is believed that if he is elected president, he will make policies based on intellect and solutions from engineers and experts rather than to fight against the large mining mafia that the previous president supported. S. Erdene, a presidential candidate, does not strongly criticize the policy and directives of the mining sector and the projects under implementation. In his platform he recommended a citizen share-holding policy and promoted a proposal of privatizing the state-owned companies to citizens through the stock exchange by converting them to public companies and selling shares at market price. In doing so, he noted that he will “initiate a law under which not less than 10 percent of business entities having strategic operations such as Erdenet and Oyu Tolgoi will be privatized /sold/ to the citizens through the MSE.”   However, it needs to be noted that that these initiatives are not new ones and have been discussed previously. What is of note is a strong policy principle of monitoring the implementation, effectiveness, and usefulness of the Minerals Law to initiate and develop mutually beneficial extraction of natural resources. It seems policy reform is to be expected. But to work on creating a legal environment for sharing mineral resources such as coal is a new idea. Product sharing is a new concept for the coal industry in Mongolia and would require significant study.

The candidates and Oyu Tolgoi

When U. Khurelsukh was the Prime Minister, he made a resolute statement that the Oyu Tolgoi Agreement would be changed, and the Dubai Agreement would be terminated. Currently, the Parliament and the Cabinet unite their positions on the issue of terminating the Dubai Agreement and renegotiate with Rio Tinto. If Khurelsukh is elected as president, the NSC become more involved in the Oyu Tolgoi issue. It is possible that the NSC will issue a strong decision on other large mining projects and the parliament, and the cabinet will apply pressure. For S. Erdene, who runs with a slogan “Mongolia without Dictatorship”, has been criticizing the Oyu Tolgoi Investment Agreement since its establishment. However, he has a position that the agreement needs to be improved rather than be terminated. Although he periodically demands the strengthening of government control over mining resources, his message does not sit well with the public. It has been apparent since the day he launched his election campaign that he was able to resolve the tension with the other DP faction leader O. Tsogtgerel, a supporter of President Kh. Battulga, and converted him as a supporter. This is a new phenomenon that the faction opposing Oyu Tolgoi has united with S. Erdene and is competing with the MPP.

As for D. Enkhbat, a candidate and an engineer who brought the first internet network to Mongolia, he expressed that he would want to improve the Oyu Tolgoi Agreement during his time as well. He noted that the Mongolians were not able to properly analyze and assess many points in the agreement due to a lack of experience and skills.  He believes that in order to really strive for the development of Mongolia, there is a need to ensure that agreements on the next mega project are done at a high professional level. Although he states that it was wrong for Mongolia to borrow their 34 percent stake in the Oyu Tolgoi Project, he has made any clear statements on his exact solution to the issue.

However, Mr. Enkhbat highlighted that the Government of Mongolia cannot control the operation of large foreign invested companies, specially, Rio Tinto Group, but the thing that can be controlled is the copper concentrate it exports. Therefore, he is proposing to increase royalties and other taxes imposed in order to enjoy the benefits of the 34 percent that Mongolia holds. He believes that the cause of all the mistakes made in the mining projects are the mistakes of the current government system. For all candidates, what position they take on mining will be made clear from how they approach the Oyu Tolgoi Project which brought the largest foreign investment in the country. 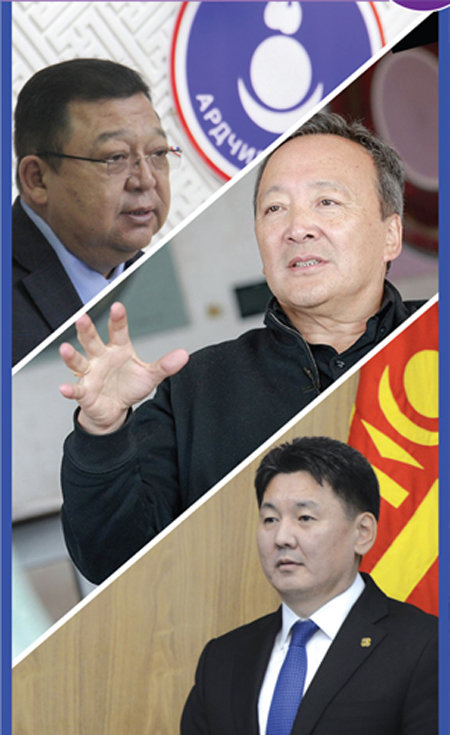 How will the mining policy continue after the election?

Mongolia’s political elections have been a struggle for power over natural resources and the right to manage mega projects. Kh.Battulga, the President whose term of four years is coming to an end, distributed some of the returns from the natural resources levies  to each citizen and battled with the oligarchs who became owners of the mineral deposits and became rich. He promised that he will bring illegal offshore money back to the home country. In addition, he accomplished many things such as personally supervising the construction of a railway and initiating annual loans granted to seniors.    Although he made an effort to complete his unfinished priorities, he was made ineligible to run again due to constitutional term limit changes organized by the MPP. So, how will the future president influence mining policy? The Prime Minister openly announced 100 projects to boost the country’s economy until 2030. Are these projects implementable or symbolic? Please read more on this in the feature story by E. Odjargal, a journalist with the MMJ.

Currently, the Government of Mongolia has a policy to properly develop the mining sector through geological exploration-extraction-processing-selling-distribution in order to distribute proceeds of natural resources to each citizen. B. Batkhuu, a former head of the Department for Policy Implementation Coordination of the MMHI, highlighted in this interview with the MMJ that although it is possible for a policy to develop the sector from many aspects in a balanced way, what is urgently required is to attract investment for the prepared copper deposits and put them into economic circulation in the time of coming mining super cycle. If the government is going to implement the goal of mining policy reform, it needs to establish a mineral exchange where mineral trade can be carried out in a transparent way and with a proper mechanism. However, sector researchers warn of how important a feasibility study is in order to establish a state-owned exchange. On the minerals market, price of not just copper, but also of the iron ore and coal are increasing. Although Mongolia’s export is currently being reduced, the minerals prices are increasing, and this creates an opportunity to reduce the risk to the country. This is stated by B. Tugsbilegt, a journalist with MMJ, in his article. It is clear that although the mining sector will be developed under the policy and directives of the ruling party after the presidential election of Mongolia, actions will depend on who will be elected as the head of state.