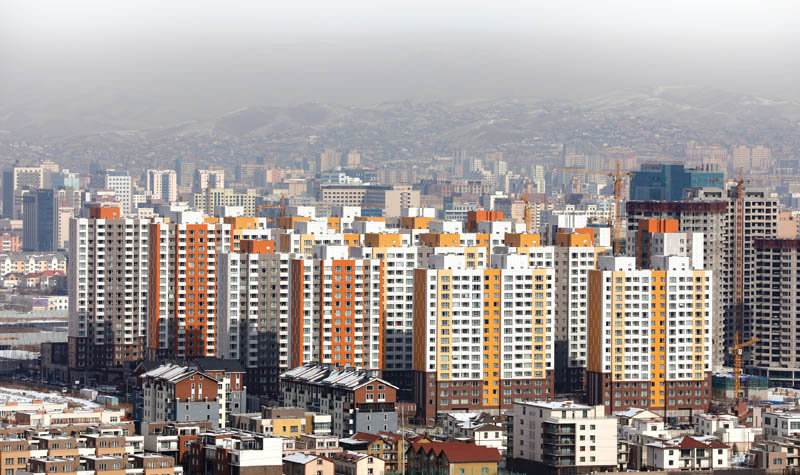 The Government has prepared a list of 100 projects for implementation in the coming four years, and will release it as it completes 100 days in office. The focus is on import substitution and production of value-added products for export. MNT10 trillion would come from the state budget for some of these projects, and long-term loans – there is no word on their amount -- from foreign donor organizations would be used for some others.  Another MNT47 trillion would have to come from foreign investment, in the form of public-private partnership/concessions, and as private investment. The government is exploring where to look for the money. The Spring session of parliament, beginning in April, is expected to approve the projects and their investment source.

All economic indicators have been hit hard by the pandemic and the most urgent task before the Government is to put things on a fast road to recovery. The Prime Minister has announced a comprehensive plan to protect citizens’ health and revive the economy. The plan calls for the phased induction of MNT10 trillion into the economy in the next three years. No part of this amount would come from the state budget, nor would the central bank print more currency notes than it does regularly. Nothing will come from foreign sources. The prime catalyst for this ambitious plan is the amount that commercial banks hold as the central bank’s securities, an amount that has doubled and shot up to MNT8 trillion in the past one year. Mongolbank has so far chosen to hold on to the money in its vaults, and some feel it would have been wiser to release it into the market. This is what is now going to happen under what has come to be called the “10 trillion programme”, which calls for this substantial amount to be circulated as loans from commercial banks.

There can be no question that the most effective use of these loans would be to support exports, despite the claim recently made by Finance Minister B.Javkhlan on an online chat to explain the programme that the pandemic “has shown us that subsoil natural resources are not the main catalyst of our development; a healthy population is our biggest capital and the engine for our economic growth”.  Populist sentiments sound good but the Finance Minister should be the first to know that when the pandemic put a stop to almost all economic activity, most of the government’s revenue came from the mining sector which worked stably throughout the difficult days. The plan in general accepts the reality that our economy is based on mining and mineral exports, and, wisely enough, the oil refinery, railways, the Tavantolgoi based power plant and coal processing plant are among the projects included in it.

The initial priority has been given to projects to be implemented by State-owned companies. These entities are responsible for a total MNT35 trillion in circulation but they contributed just MNT150 billion to the state budget in 2020. There is always a mystery about how strategic projects are run and how their earnings are used, allowing dark hints of political involvement to spread in popular discourse.

The best way to raise the MNT10 trillion, or at least a major part of it, would be to issue government bonds. Inflation is low, interest rate on bank savings is unattractive, and the time is good for the government to use the stock market, not the least because it would be more open and transparent. It would also give a fillip to the national stock market. Banking reforms are on the way, and the bigger banks have been enjoined by Parliament to make themselves public companies. These, too, will help the stock exchange to grow.

The three years covered by the plan would also be when external debts fall due for repayment, including $800 million when the Chinggis Bond matures. One way to do this would be to sell new bonds, quite like robbing Peter to pay Paul. Much the better way would be to attract fresh foreign investment to be ready to make the most of the next super cycle.