Mining to be main issue in presidential election 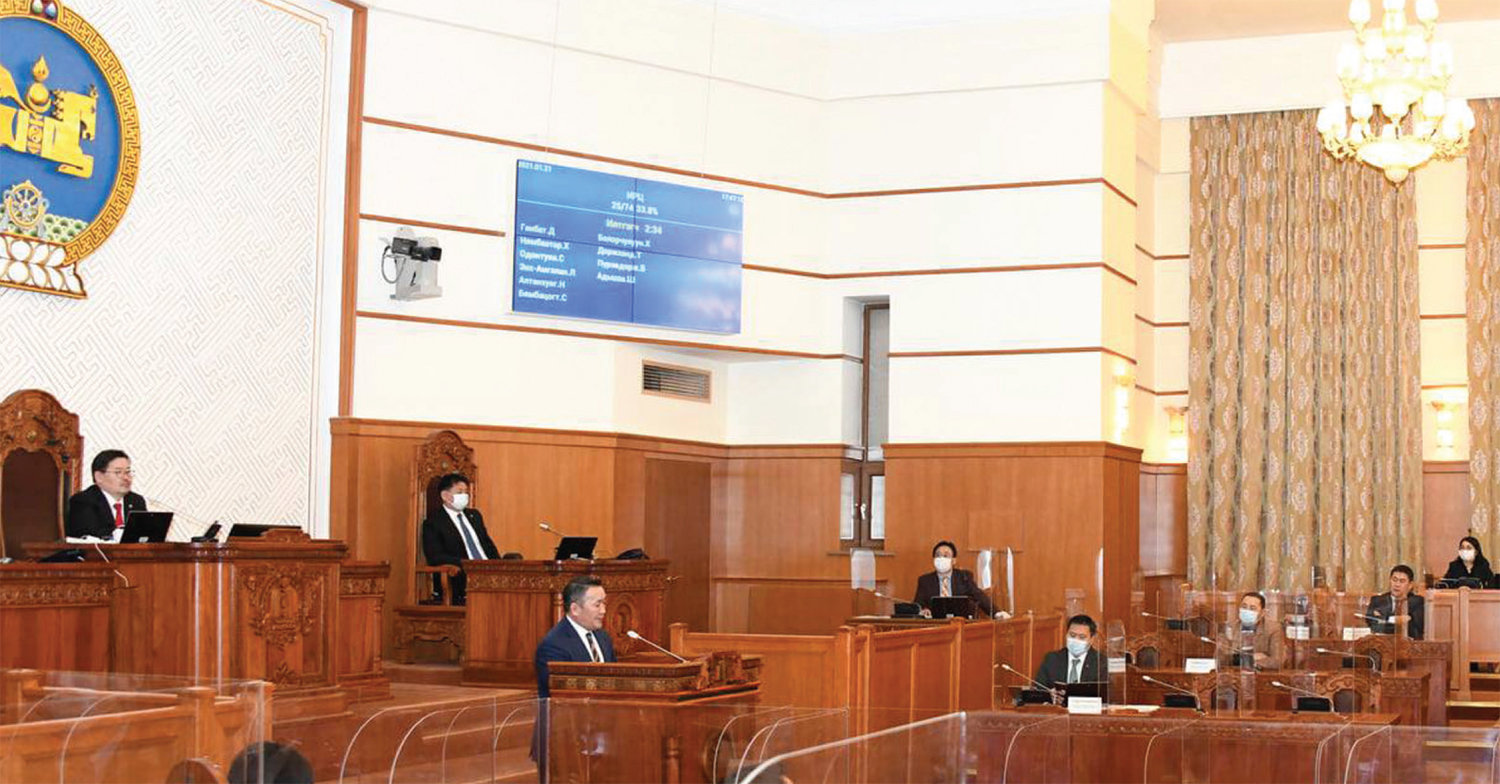 Note: The first part of this article was written before U. Khurelsukh resigned as Prime Minister. As such, all references to “the Prime Minister” in it should be understood to refer to him as the ex-Prime Minister.  Recent days have found the president frustrated as it becomes clear that the amended Constitution has reduced his power, while granting more to the Prime Minister who once compared himself to “a lion with no teeth”. At one time, they felt the same about many things, both expressing themselves in favour of bringing under state ownership deposits where exploration had been carried out with State money, confiscating oligarchs’ assets in accounts abroad, and implementing an equitable policy on distribution of wealth to citizens. Such unanimity at the top made people wonder if Mongolia was going back to being a socialist country, and a vocal group came up applauding the possibility and berating “the 31 families” which, it said, had become rich by cornering mineral deposits.

Those days also saw parliament passing one law after another to give teeth to recommendations issued by the National Security Council (NSC), which thus took the form of ultimatums. The decisions on making Erdenet Mining Corporation a 100-percent state-owned enterprise and on using the profits made by Erdenes Tavantolgoi for railway construction are examples of this. Deposits taken under state ownership have made good profits and so the step taken by the heads of the government and the state have been generally welcomed in society. Similarly, the initial disapproval of imprisonment of politicians for their dubious links with the foreign investors in the Oyutolgoi project has now become considerably weaker.

But the days of bonhomie between two members of the NSC seem to be over. Instead, as the Presidential election draws near, they are seen to be in strong opposition to each other, as both get ready to announce their candidature for the presidential election. It is clear they are no longer together; indeed they are seen not only as avoiding each other, but also as tearing at each other’s reputation. Both are using the pandemic to boost their image of a caring but strong leader. That is what happens in politics, which has no place for permanent friends or permanent enemies.

People would not be surprised at the break-up on the basis of party or personal interests, but would want to be assured that they would work together to uphold national interests, and their rift would not fracture national solidarity. Both must make it clear that they would not disown their own decisions and actions, would not stop or delay construction of railways, or go back on taking back deposits under state ownership.

Both have taken care to be seen as being the one behind some popular decisions. If the President is perceived as the person who before the parliamentary election wrote off all pensionbacked loans taken by the elderly from banks, he is also the one who has now promised to pay MNT1 million to all pensioners who had not taken such loans. Not to be outdone, the Prime Minister is not averse to be known as the man who arranged for Erdenet Mining and Erdenes Tavantolgoi to pay for every citizen’s water, electricity, and heating until the election is over. Of course, the companies were not asked if they wanted to pick up the tab. Who in Mongolia would dare to be shown up as being “unpatriotic”? The President has now proposed to give every household MNT1 billion from the confiscated offshore accounts, and is a hero in social media for taking “this very right step”.

Mongolians, accustomed to the state taking charge of their welfare, are thrilled that the illgotten money of some would be shared among all. In late December, the Prime Minister indicated that he wished to nationalize more industrial facilities and mineral deposits, and just days later, it was announced that the Kharmagtai deposit was to return to state ownership.

And what is in store for Oyutolgoi? S. Ganbaatar, the only MPRP member in the Parliament and a likely candidate for the presidency, has demanded total annulment of the underground mine agreement. The Government is hardening its stand and has stressed its determination to get substantially more benefits for Mongolia from the project. With the Prime Minister looking so resolute, the President could not but jump into the ring. He has “scolded” the Government for being too slow, and wants the issue to be taken to the NSC.

All this is par for the course in politics, but what happened on January 22 caught everybody by surprise. U. Khurelsukh, whose grip on the government was unchallenged, resigned as Prime Minister, taking responsibility for the way a young woman had been treated by medical staff. Nobody was fooled and the President noted that a group headed by Su. Batbold, a former Prime Minister and now an MP, had mounted a coup. He also announced that not just foreign, but also domestic law enforcement agencies have started investigating past activities relating to the Oyutolgoi Project in which Batbold had been a key player.

The ruling party chose L. Oyun-Erdene to succeed Khurelsukh as leader of a new government and the 32nd Prime Minister of Mongolia lost no time in announcing a probe into old allegations against the President related to his work on the railway. Ganbaatar began a hunger strike, demanding that a counterclaim on the Oyutolgoi issue be filed immediately at the international arbitration court. The politicization of Oyutolgoi keeps intensifying.

Oyun-Erdene is the author of the Vision 2050 Development Policy, but there is reason to worry that the exigencies of politics could force him to abandon vision for populism.

We have to wait until March to know the names of the candidates for the presidency. U. Khurelsukh is the most likely choice for the Mongolian People’s Party. Incidentally, this year marks the 100th anniversary of the foundation of the party, and it would certainly go all out for victory on this special occasion.

Batbold also has eyes on being the party’s choice, but his chances are clouded by facts such as he himself held the licence of Boroo Gold and entered into the Stability Agreement with the Canadian investors, and exempted 50 tonnes of gold from paying tax. I am afraid in the present climate these will prove too uncomfortable for him.

The incumbent, Kh. Battulga, is keen to run again, but it is not clear if this will be possible under the Constitution. There are rumours that he and his supporters in the party could look for ways to bypass any judicial bar on his candidature. He is canny enough and resolute enough to have his way in the MPP. So far, the only member of the party to have announced her candidacy has been Ts. Oyungerel, a human rights activist, but she is a comparative lightweight in politics and would have to defeat Battulga for the party nomination and then Khurelsukh for the popular vote.

Another party which is eligible to have a candidate in the presidential election is the Right Person Electorate Coalition, but it has not yet said if it would be in the race. As things stand, voting day on June 9 would see the present President and a former Prime Minister pitted against each other to claim the highest office of the land. The outcome is uncertain, but of one thing there is no doubt. Individual mines and the mining sector in general would be the main issue before the voters when erstwhile comrades Battulga and Khurelsukh stand before them to claim the crown.