“Pandemic or not, mining cannot stop” 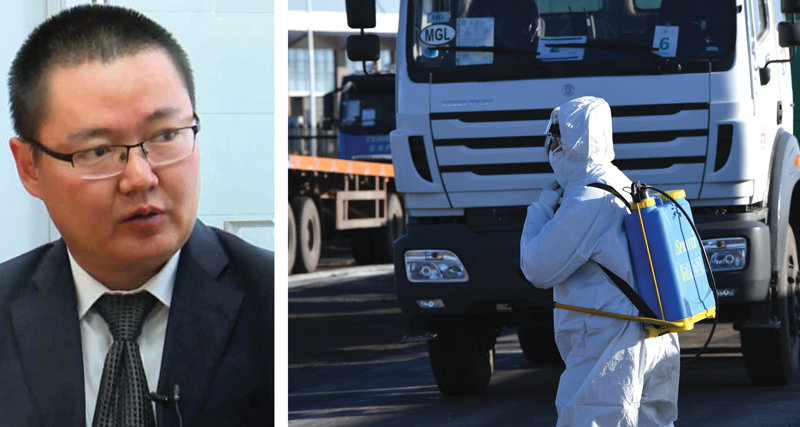 D.Enkhbold, Executive Director of the Mongolian National Mining Association, tells MMJ that if mining were to stop, the country would be crippled. He also details how the sector is getting used to the restrictive regulations during a state of emergency.

What is the situation in the mining sector at a time of strict quarantine and a state of emergency?
There is no way work in the mining sector can stop even after we have local cases of the infection. If it stops, all 21 aimags and Ulaanbaatar will run out of fuel and electricity. At the same time, if exports stop, the country’s economy will collapse. Each mine is implementing a safety regimen to prevent the spread of the virus. Most companies had already prepared an action plan for this situation.

The Ministry of Mining and Heavy Industry has reported that mining companies are operating normally. How can there be normal work in the present situation?
The Ministry probably meant only that mining operations are going on. We have had to improvise wherever and whenever necessary. Management and office staff are working online, and all minesite activity is being done strictly according to hygiene and protective rules and regulations.

What are the main problems as the sector adopts these new ways?
It takes some time to adjust to changed shift timings. Nationwide restrictions on movement were imposed in the evening of November 11, and since then supply of mining material has been entirely blocked. Transporting the mined products is difficult. However, fuel supply to mines is currently uninterrupted.

The government wants no interruption in border crossing for goods, and has announced special measures to protect against infection and to avoid vehicle queuing. It has also declared ports to be green zones. Will this work?
It seems the government’s intention was to pre-empt China, which is most likely to impose its own restrictions on movement from Mongolia. There would have to be a diplomatic resolution of the many problems thrown up. I think our Government wants the green zones to be isolated areas inaccessible from both sides and open to only goods turnover. But that needs some planning and preparation, as those working there will have to be confined to living there.

The Parliament Speaker has warned of economic collapse if there is an outbreak at Oyu Tolgoi and Tavan Tolgoi. Is he suggesting that the government pay special attention to protecting large projects from spread of the virus?
That is obvious. We must add Erdenet Mining to the list of the main pillars of the economy. Mongolia will suffer much if any of these three faces an outbreak though, as I said, even if that happens, operations would not stop. So there has to be special vigilance and there should be strict protective rules especially around the area where the mine’s output is taken out for export.

Are you satisfied with the government’s approach and decisions?
The ministry is working closely with mining companies to provide information and to address short-term issues. Certainly, it will require time to get used to working in the current difficult conditions, but with time we shall together find the best ways to keep the sector and the economy going.

What is the Mongolian National Mining Association recommending to its members?
The Association is currently exchanging information with its members and providing up-to-date news.

The Discover Mongolia 2020 International Mining Investors Forum issued some policy recommendations. Has there been any response from the Parliament and the Government?
These were quite comprehensive recommendations, almost a summary of the proceedings at the conference. The main recommendation was that the work for  improving the investment climate should continue despite the pandemic. Another called for prioritizing amendments to sectoral laws such as the Investment Law and the Minerals Law to eliminate legal ambiguities, overlaps, and gaps, as only an improved legal environment would act as incentive to investors. There is also a suggestion to set up a single window for investors to interact with several government agencies.