L. Amar, Executive Director of the Mongolian Bankers’ Association, answers MMJ’s questions on how the banking sector is coping with the difficult situation created by the near shut-down of the economy because of the Coronavirus pandemic. 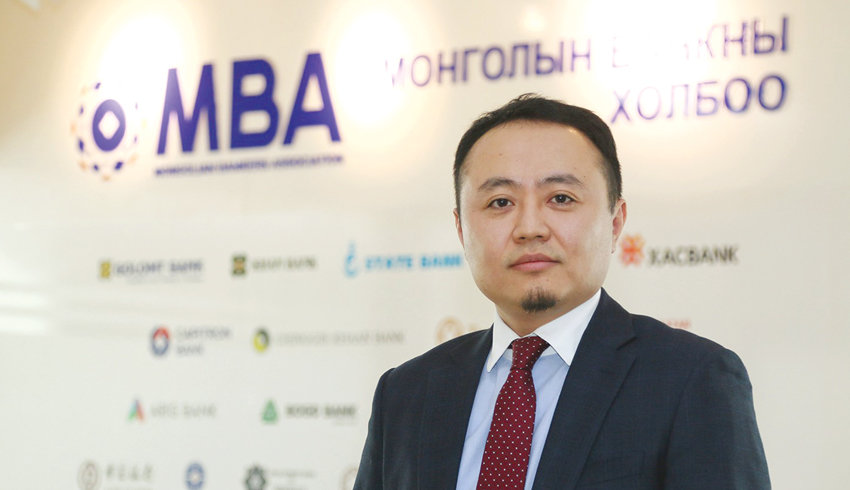 What has so far been the impact of the COVID-19 situation on the banking and financial sectors? What future risks do you see?
The quarantine imposed by the Government has been good for preventing the virus from spreading but it has also reduced mining output and thus led to lower exports. Trade, travel, transportation and almost all other sectors have been hobbled, and this has in turn caused uncertainty in the banking sector. According to the Bank of Mongolia, repayment of 54,000 loans worth MNT3.5 trillion has been stalled. Banks make up about 90 percent of the financial market in Mongolia, and if this unavoidable failure in repayment of loans continues, banks will have their profitability reduced and assets depleted, forcing them to dip into their reserves. Since almost everybody’s income has been affected, people have no disposable funds and so banks are getting far less deposits. They will issue fewer new loans.

Should the government offer help to commercial banks?
Anticipating a crisis that would last for more than three months, the Mongolian Bankers’ Association and the Mongolian National Chamber of Commerce and Industry (MNCCI) jointly submitted to the President and the government a set of proposals in February, 2020, to ease the pressure on the economy. The onus now is on the policymakers to keep the financial market active. The government should put money into banks so that they have enough to grant loans and it should also act as a guarantor for their repayment.  Non-performing loans should be put under the Asset Management Company. The JICA loan for supporting small and medium enterprises, and the two-stage environment protection loan should be a great support to economic entities and individuals.

Remembering that a major reason behind the global financial crisis of 2009 was the non-performing home mortgage loans, how important are non-business or consumer loans to Mongolian banks?
This is the issue that worries economists the most. Household consumption accounts for more than 55 percent of the GDP. The emergency preparedness measures announced by the State Emergency Commission have restricted household consumption. As a result, small and medium sized entrepreneurs who make their living on the strength of household demand are in trouble, and this leads to job losses and less income for yet more people. It is for the government to arrest the trend before it reaches crisis level.

Are steps taken by the Bank of Mongolia, such as gradually reducing the policy interest rate to 9 unit percent, helping commercial banks?
The results of the reduction can be seen only after 6 to 9 months. Banks have already reduced the interest rate on savings accounts, though fixed-term deposits have not been touched.

Banks now have to hold less cash reserves than earlier. Does this facilitate grant of new loans?
This does give banks access to more money, but lending continues to be risky in the present times. As there is no repayment of hundreds and thousands of existing loans – something that would continue for at least six months more – banks are losing revenue, while continuing to pay interest to savings account holders and on their own borrowings from different sources. Thus, granting fresh loans remains problematic.

How are the governments of some major foreign countries tackling the crisis?
Several of them have eased the tax burden on seriously affected companies so that they can continue to pay their employees’ salaries, some are standing 100% guarantee for fresh loans, and some are paying cash directly to citizens to increase their consumption. The general international practice in times of economic crisis is to prop up the banking and financial sectors, reducing their lending risks, but in our country, all such risks continue to be borne by banks.

What will be the impact of the crisis on the Mongolian currency market?
That depends on how long the virus will be around and how other economies would fare.

Remittances from Mongolians working abroad will also decrease. How important is this for our economy?
Inward remittances account for not more than 6 percent of our foreign exchange earning so a fall there is not so important as many other factors.

Given that the present default on repayments of loans, by both individuals and businesses, are because of reasons beyond their control, what concessions are banks offering to borrowers?
The Bank of Mongolia has instructed banks not to demand from defaulters penal interests and charges for a three-month period or to downgrade the loan classification. As of April, these instructions were applied to about MNT800 billion of loans in the name of 10,000 customers, without any service charge.  In certain cases, banks have on their own waived a certain percentage of the interest.  Requests received online from customers are being attended to promptly.

How much loan stands in the name of mining and extractive industries? Have the loans now been classified as risky?
According to figures released by the Bank of Mongolia, as of March, the total loans to mining and extractive industries stood at MNT1.5 trillion. This is 8.6 percent of the total amount of loan. Of this, 30 percent are loans whose full repayment is overdue or where the borrower has defaulted for long, turning them into non-performing loans. This was more or less the situation last year also, and the impact of the Coronavirus difficulties will be clear only after July 30.