Shares are of real value only when they can be traded 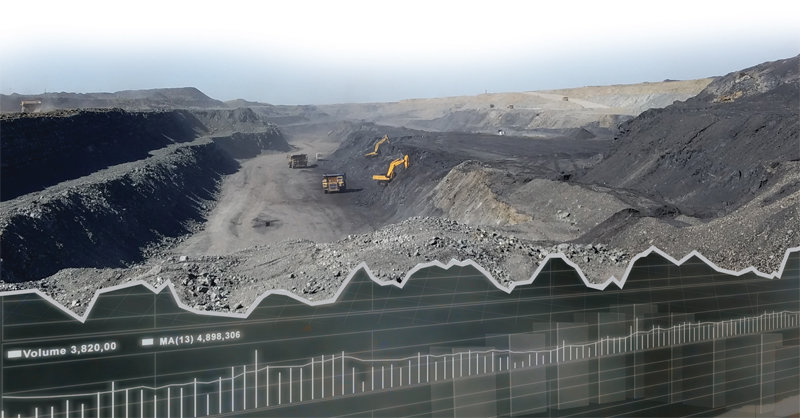 The Mongolian People’s Party promised in 2016 that the 1072 shares of Erdenes Tavan Tolgoi held by every citizen would be “made alive and valuable”. The announcement by the company in February that it would distribute dividends before the parliamentary election was welcomed by shareholders -- most of whom would also vote in the election -- as a step in that direction, but for the MPP promise to be truly fulfilled, it is not enough to pay dividends. To be “alive”, the shares must be free to be traded in the stock exchange. Only then would citizens know that they own something “valuable”.

The “small” Tavantolgoi, a company treated as A-Grade by the Mongolian Stock Exchange, earned a net profit of MNT52 billion in 2018 when it sold 1.8 million tonnes of coal. MNT44.9 billion or 85 percent of this profit was paid out as dividend to shareholders at MNT853 per share.  One single Tavantolgoi share was MNT5 in 2001. The price rose to MNT670 in 2010 and the current trading price is about MNT6500. This is what makes a share a valuable security, something that can be sold for a good price when the holder wants or needs, instead of just holding on to it earn annual dividends.

As against the performance of the “small” Tavantolgoi, Erdenes Tavan Tolgoi JSC sold 13.1 million tonnes of coal in 2019, exported 11 million tonnes of it for MNT1.99 trillion, making for a net profit of MNT720 billion. The dividend will be paid from this. But that is all for the shareholders as they cannot sell part or all of their holding.

Another interesting example is that of Erdene  Resource Development (ERD). Originally registered at the Toronto Stock Exchange, the company also registered itself at the Mongolian Stock Exchange in 2018, thus becoming the country’s first dual-registered company. The MSE welcomes such listing as it would facilitate trade in shares of companies which work in Mongolia but are registered elsewhere. Erdene Resource implements a project in two soums of Bayankhongor aimag and it arranged that all citizens of them would get to own for free altogether 102,000 shares of the company worth MNT65 million at that time. This means local citizens now formally own a portion of the natural wealth which the company would exploit and can expect handsome dividends when Erdene Resource starts making profits from the Altan Nar and Bayankhondii projects.  The mining licence for the latter project was obtained in August, 2019.

P. Nyamdorj, a specialist at the Market Development Department of the MSE, has noted that the citizens are not inclined to trade their ERD shares although they are free to do so and even though they would make a profit at whatever price they sell the shares since they had got them free. MSE rules enjoin companies to make information on their activities and plans  available in the public domain, and Nyamdorj feels the people have studied these and concluded that stock prices would go up, and so it makes more sense to hold on to them than to dispose of them to get some cash now. They stand to gain more if they wait for the share value to rise following sustainable and successful operation by the company of which they are part owners. They have understood that it is the stock market that determines the real value of their shares.

Article 5.6 of the Minerals Law says that any company possessing the mining licence of a mineral deposit of strategic significance must trade not less than 10 percent of its equity through the MSE. This requirement has never been enforced, and that is why no share, let alone 10%, of either Oyu Tolgoi, or Erdenet Copper or Erdenes Tavan Tolgoi has ever been traded at the MSE, though all are working on strategic deposits.

What would be the advantage if people could trade their shares in mining companies such as ETT at the stock exchange? For one – and this is of particular interest in Mongolia – if an irresponsible statement by a politician leads to a fall in the price of the shares they hold, citizens will hold him accountable, in whatever way, for their loss. This would keep politicians’ populist instincts in check. Second, shareholders would demand that their company act in a completely open and transparent manner, as they would like to study all financial statements and reports to know which way their share prices are likely to move. Third, fresh investment will be attracted, making mining companies a catalyst for wealth distribution.

It is true that right now the MSE is in some trouble, but last year, the total value of the domestic stock market was put at MNT2.69 trillion, a big jump from the MNT1.4 trillion two years earlier. Of the about 200 companies whose shares are traded at the MSE, over 10 run mining operations, and this number has been growing, which means that there is more transparency in the mining sector and  also that there is growing public participation and involvement in it, with the result that more citizens are sharing in the wealth generated from use of mineral resources.

MSE is geared to grow. When shares of companies like Oyu Tolgoi, Petro Matad, and Energy Resources begin to be bought and sold at the MSE, the total worth of these companies would increase and their equity holding base would expand. That will attract the interest of new foreign and domestic investors. When there was talk of Erdenes Tavan Tolgoi offering shares at the MSE, investors from Japan and South Korea showed their interest, and a visiting London Stock Exchange delegation proposed to the Mining and Heavy Industry Ministry that ETT register itself at LSE, too.

Personal and corporate savings in banks have reached MNT17 trillion. Now that people have to pay tax on the interest they receive on this, many are likely to invest their savings, or part of it, in buying stocks. The trend has started, however tentatively, and anticipating that the inflow would get stronger, the MSE has formulated rules and regulations governing investment in its various products. The post-tax actual return on bank savings is 11 percent, whereas stock prices rose by 67 percent in 2018.

The biggest job for the MSE this year is to record the 1072 equity shares of Erdenes Tavan Tolgoi in the name of their more than 2.5 million individual holders, so that if, and when, these are allowed to be traded, everything is ready for a likely wave of transactions. The MSE also wants more dual listing or, at least, cross-listing by companies that are now registered abroad. It has identified 37 companies holding licences on mineral deposits that are listed on the stock exchange in 12 countries and would encourage them to use the MSE also.

As the economy grows, investing norms and habits would change and the stock market would play a bigger part in the life of Mongolians with money to spare. However, this shift can be successful only when strict regulations are in place and the ordinary investor is made well aware that there are inherent risks in the apparent temptations of trading in equity.