Government sees no crisis; we do 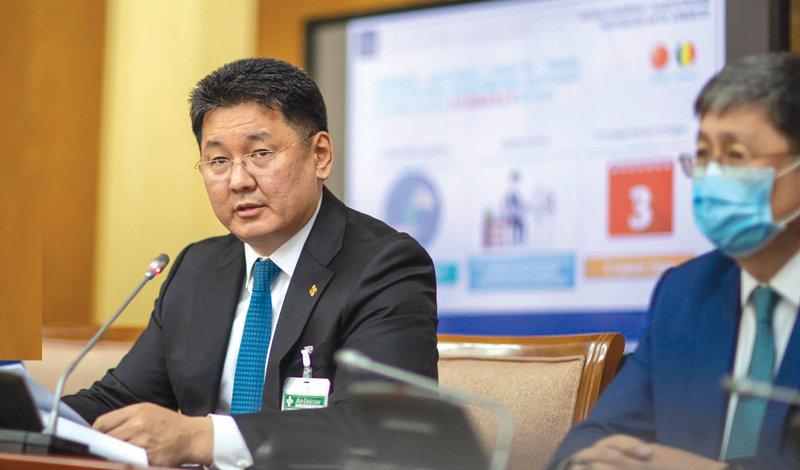 Preliminary statistics for the first quarter show that the first turbulence of a coming crisis is being felt in the Mongolian economy. Foreign trade, which had grown slightly in the first two months, declined from mid-March. Exports that bring dollars to the domestic market fell by almost 50 percent. After a two-month standoff, mineral exports, including coal, are unlikely to reach the 42 million tonnes projected in this year’s budget. Due to declining coal supply, copper has become the leading export mineral. Although Oyu Tolgoi’s copper concentrate shipments continued, exports fell by 13 percent. Meanwhile, copper price hit $4,685 on the London Metal Exchange, its lowest since 2016. In the 2020 consolidated budget, copper price was estimated at $5,991. Although mineral exports have declined overall, the supply of iron ore with railway access has retained its growth. Currently, the budget revenue has been disrupted by MNT275 billion. In addition to the supply of mineral exports, there is a risk that the budget deficit could widen further because of falling copper and coal prices. Today’s statistical figures are outdated tomorrow. In these critical times of economic instability and uncertainty amid financial turmoil, our economy is stagnating. The normal pace of trade and services has slowed, and some have begun to stand idle. In less than a month, 500 companies have laid off jobs, according to the Mongolian National Chamber of Commerce and Industry (MNCCI) survey. Now this chain of crisis may expand.

The Prime Minister announced on March 27, 2020 that the Government will implement a package of measures to spend a total of MNT5.1 trillion on social and economic support. He said the government is first focusing on protecting the health and lives of Mongolians and, second, looking at the economic situation. He noted that the situation in our country has not become difficult and is under control. In the past, the government has spent MNT200 billion to ensure the health and safety of the people.

The following measures will be taken by the Government to support the country’s economy, citizens and the private sector at this critical time.

1. All business entities, companies and individuals who pay personal premiums will be completely exempted from paying social insurance premiums for six months from April 1, 2020.
2. No income tax will be levied on citizens’ salaries for the same period.
3. Business entities with an income of less than MNT1.5 billion will be fully exempted from paying corporate income tax for a180-day period starting April 1, 2020.
4. The government will provide MNT200,000 per month for 90 days to each employee of any private entity that has retained its jobs despite disruption in operations and decline in income.
5. The government will finance the loan of MNT300 billion with an interest rate of 3 percent for buying cashmere from herders.
6. The government will increase for a 90-day period the monthly allowance of MNT20,000 for each child under the age of 18 by MNT10,000.
7. Reduce the price of fuel by MNT300-MNT400 per litre, from April 15, 2020.

The Ministry of Finance is working on the modality to guarantee $1.3 billion for the implementation of these measure. Additionally, funding sources of $720 million has been secured. The remaining $580-million agreement will be signed. In scope of the measures, a certain amount is planned to be invested in food production and infrastructure. The government has improved the core economic indicators over the past three years, repaying MNT4.2 trillion of debt. During this period, the country’s foreign exchange reserves increased to $3.2 billion. The Minister of Finance is confident that Mongolia will repay on time a total of 4 bonds worth $2.9 billion due next year.
This is not the first time the government has made such a policy decision. Three sets of measures to support the economy are being implemented step by step.

Exempt all types of rice, sugar and vegetable oil from paying customs and value added tax for 90 days from March 1, 2020.

The government’s decision was made after a meeting on March 4. Of course, it is good that traditional food consumption such as sugar, vegetable oil, wheat and rice will not be in short supply for some time and their prices will not rise. But panic-stricken consumers who bought these essentials are running out of money. Mongolia’s economy, business life and, consequently, people’s livelihoods are “fed” by credit flows. The Ministry of Finance and the Bank of Mongolia have taken two measures to ease the burden of bank loan repayments due to the current shortage of income in all sectors.

The Bank of Mongolia will reduce the policy rate by one point to 10, and reduce the reserve requirement ratio for commercial banks percent by two points to 8.5 percent of MNT deposits from 10.5 percent.

Commercial banks are given opportunities to reduce their  required cash reserves,  “releasing” MNT300 billion. As a result, anticipation of new loans has created expectations among individuals and businesses.

Repayment of personal and business loan principals will be deferred for 90 days, no interest will be paid during the same period, and the loan classification will not be changed for 6 months.

The decision to defer the principal payment of the bank loan for 90 days, without paying interest on the loan, and no penalty charge on the loan was announced at a meeting of the Financial Stability Council on March 17, 2020. The Minister of Finance and the Governor of the Bank of Mongolia stated that this decision will be implemented within three months from the date of Mongolia’s declaration of a heightened state of readiness, or, in other words, from January 27 to April 27, 2020. Surprisingly, you will notice that this decision was announced to the public 51 days after its implementation. So it is valid for one month from now, not 90 days. However, B.Medree, the President of the Mongolian Bankers Association, said that the banks will manage their disrupted income and profits due to delays in loan repayments and interest rates for three months with the “released” MNT300 billion. In other words, no new loans will be issued from this fund. In the current context of declining repayments and uncertain risks, the reluctance of commercial banks to issue new loans is closer to the truth.

On the same day that the decision on the central bank’s policy rate and reducing the assets of commercial banks was made, the Prime Minister said during his meeting with representatives of commercial banks, “The situation in the country is difficult due to the coronavirus. Operations of businesses, small and medium enterprises and traders are stopping. At such times, I would like to ask you to alleviate and support businesses from credit and financial burden. Please be understanding to each other and help and support the people and businesses. There is need to overcome this without losses and minimum risk on both sides. It has to do with the country’s economy.” The Prime Minister is well aware that a commercial bank is a for-profit entity. During his address to the public, he also warned that the government would undertake banking reform if necessary, 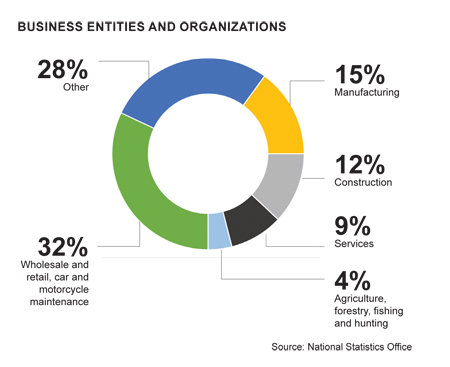 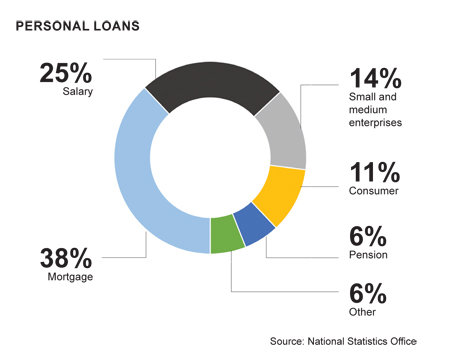 Our country has been implementing a mortgage loan program since 2013 to provide housing to its citizens. 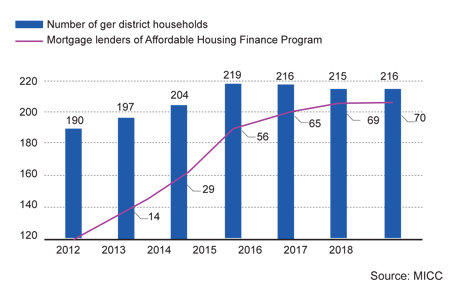 Mortgages have increased over the past six years, but the number of households in ger areas has also increased. The programme aims to provide ger area households with apartments and reduce emissions. Domestic government bonds have an average annual interest rate of 15-16 percent. The state finances the mortgage loan with an interest rate of 4-5 percent and covers the difference from the budget. Commercial banks then provide these mortgage loans to citizens at interest rates of 8-9 percent, or 4 percent risk-free profit for commercial banks. It is big business for companies that build houses with government and citizens’ money. The budget spends MNT400 billion annually on the mortgage loan programme.

Our state budget revenue has increased significantly over the last 10 years. The economy expanded continuously. During this period, there were three cycles of economic crisis. During the 2008-2009 global financial crisis, the economy grew rapidly at an interesting time when Mongolia joined the IMF’s Stand-By Arrangement, signed the Oyu Tolgoi Investment Agreement, and when 15 global mining giants competed for the Tavan Tolgoi tender attracting the attention of international investors. In 2013-2015, however, the economic crisis continued, with issuance of Chinggis and Samurai bonds , The Bank of Mongolia’s implementation of the Price Stabilization Program, and the signing of an agreement to finance the Oyu Tolgoi underground mine, which attracted significant investment in the economy. In 2017, Mongolia rejoined the IMF programme. This time, the effects of the economic downturn hit supply and demand at the same time.
In the past, during the parliamentary elections, the budget was increased by MNT1.2 trillion in 2012 and MNT2.3 trillion in 2016, and this year is no different. The 2020 state budget was approved with a deficit of MNT2 trillion. This loss is actually the construction costs of buildings. A total of 1,427 projects and activities will be implemented with an investment of MNT1.83 trillion. As a result, there is an optimistic projection that by supporting the businesses and investment environment and increasing foreign trade turnover, we will be able to “recoup our expenditures” or increase budget revenues to MNT12.9 trillion.

Both the Prime Minister and Finance Minister have said they will not revise the budget. As for the Minister of Finance, he believes that the state of the economy does not warrant a revision. He has said, “The budget is very flexible. The upper limits are strict, but it is internally flexible and fully manageable by general budget governors. Public investment projects will continue as a company that implements a project provides jobs to many subcontractors and individuals.”

Economist N.Enkhbayar views the situation as follows, “There is a risk that the general budget revenue will be disrupted by more than 30 percent due to declining exports and the slowdown of domestic companies. If no measures are taken to reduce budget expenditures, the budget deficit may increase by MNT2-2.5 trillion. Businesses that have ceased operations due to external or internal reasons may shut down and lay off workers, and further economic hardship may turn into social problems, leading to negative impact on unemployment and poverty. If we want to support the economy and support businesses, small and medium enterprises and service providers, we need to revise the 2020 budget and free up a certain amount of funding.”

Countries are facing a new challenge called COVID-19, but Mongolia is experiencing old challenges and chronic problems. The current situation clearly shows without beautiful PR words the nature of policy makers: who and what they have been doing, and how they have been making decisions. The economic problems of ten years ago were the same. The country’s vital goals of stabilizing the economy, diversifying, developing industry and building railways are waiting to be resolved. But wrong outcomes of wasteful government policy can lead to a crisis.

The global economy is uncertain. The pandemic is spreading in 201 countries, and experts can only say that as the number of infected people increases, the economy will approach a crisis. Countries facing real danger are moving to saving mode to avoid uncertain risks. This affects production, delivery and supply. In such a situation, governments are taking steps to protect citizens’ jobs and wages along and operation and income of companies.