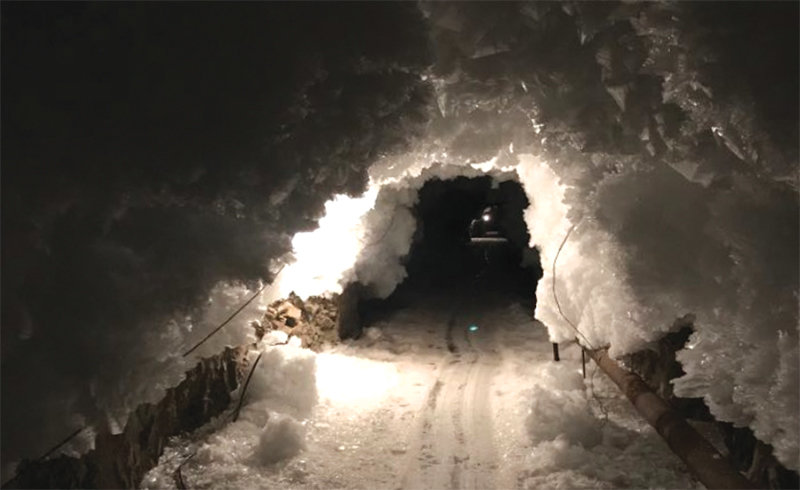 Sales revenue from the Salkhit and Asgat silver deposits would be used to compensate the loss to the exchequer from the writing off of pensioners’ loans, but will there be any revenue from Asgat at all in the near future, given that the appropriate technology for extraction there has not been identified? Nobody knows if there has been a breakthrough, but it seems unlikely.
Two other hurdles stand in the way of any quick start to sales from Asgat. First, it is about 3000 m above sea level and there is no infrastructure. Second, there are no processing facilities and ore is uneconomic to transport.

Exploration in Mongolia in 1973 by geologists from the then Soviet Union led to the discovery of a phosphorus deposit in Khovsgol, a gold deposit in Dornod and the Asgat silver deposit in Bayan-Olgii, in an area that borders the present-day Republics of Altai and Tuva. Asgat is 180 km from the town of Olgii in Bayan-Olgii aimag, 40 km from the Tsagaannuur Free Zone, and 1,800 km from Ulaanbaatar. Since  1976, Mongolian geologists have conducted prospecting work there in stages, carried out preliminary assessment at some ore zones and also found new ore zones.

Joint work by Mongolians and Russians in 1989-1991 established the deposit’s reserves and resources classification. It was estimated that 6.69 million tonnes of C1 and C2 ore contained 2,359.3 tonnes of silver, 75,704 tons of copper, 34,064 tons of antimony and 3,633.8 tons of bismuth and there was 22 million tons of ore of P1 and P2 classifications. The preliminary estimations assessed that the four components of silver, copper, antimony and bismuth was of industrial significance. It was determined that the average content of silver in ore is 306.8 gr/t, of copper is 0.99 percent, of antimony is of 0.44 percent and of bismuth is 0.048 percent. There were lead, zinc, mercury and gold contents in a very small amounts and the lead content was up to 0.1 percent. Some geologists consider that the I, II, VI and V-A ore zones are promising ones. The most explored one or the one which has the most resources among them is the I zone ore body of which occupies an area of 2.7 km.

Dr. D. Bat-Erdene, a senior geologist, feels the presence of so many minerals -- including lead, zinc, arsenic, antimony, gold and cadmium – could very well mean that the toxic components in ore are more than tolerable. The technology to be used for separating these from the concentrate has to be very sophisticated as one cannot and should not sell concentrate containing toxic substances. “Various studies have been made, but there has been no consensus on the appropriate technology,” he says.
The Asgat licence was transferred to Mongolrostsvetmet in 1993 and the new owners had samples from the I-V ore zones tested in the US and at several places in Russia, in cooperation with the Central Geological Laboratory and the Russian Institute.

It was noted in the study that it is necessary to determine clearly the amount and location of the reserves and resources of Asgat Deposit, except its current reserves and resources of C1 and C2 classifications that have not yet been explored in detail. As well as it needs to consider that its reserves and resources of P1 and P2 classifications will become inferred resources at least in the future and increase capacity of the metallurgic plant to process ore up to 450 thousand tons per year. In 1998, Sybgiprozoloto Institute of the Russian Federation made estimation of the metallurgic plant with capacity of processing 600 thousand tons of ore annually and with investment fund of USD46 million and operational expenses of USD17 million.

In 2019, the state took it back fully into its ownership and gave under possession of Erdenes Silver Resource, a daughter company of Erdenes Mongol. When the Parliament approved the list of Mongolian deposits of strategic importance in 2007, the Asgat Deposit was included in the list.